Could or should? Windows Defender was one area that got a look in the recently released Anniversary Update for the operating system, with Microsoft adding in new features.

Including an option that intelligently performs background scans, no matter the antivirus installed.

However, Redmond is not all that keen for a makeover as far as the user interface is concerned, and is just interested in expanding the functionality of what is billed as the baseline defensive shield in the operating system.

The software titan has never been the one to add a lot of polish when it comes to the standard user interface of Windows, and its programs. By choice, some may say, as Microsoft either does not want to go for a heavy design so as to keep things simple, or leaves the creativity to third-party developers.

Getting back to Windows Defender, though, the UI is perfectly serviceable. 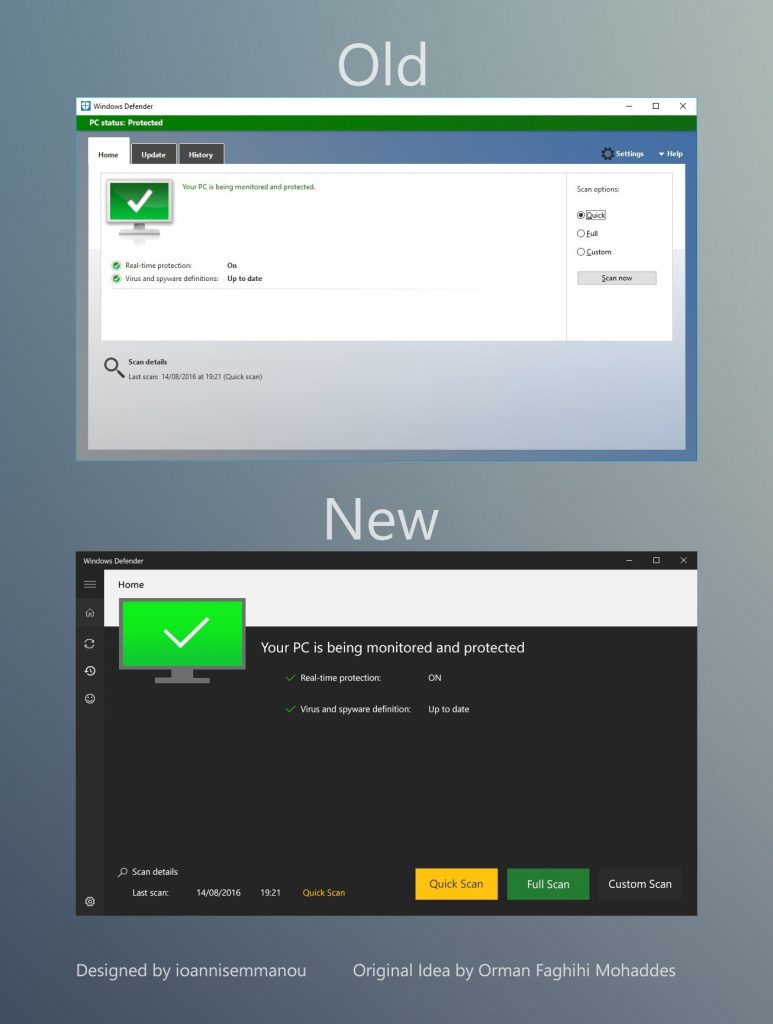 And that is because, visually, only little has changed in Windows Defender in the last few Windows releases. That’s not stopping users in the community to create their own concepts to give Microsoft more of an idea of what a modern version of the security solution should look like.

This example above has been designed by Reddit user ioannisemmanou, and it brings the security application in line with the other apps that are built into Windows 10.

The interface comes with a hamburger menu that provides access to scanning features and settings, and makes use of a fully flat look and even a dark theme.

Redmond has previously said that they review all Windows 10 concepts that make their way up.

Let’s hope they give this a good look as well.

Because it looks excellent!