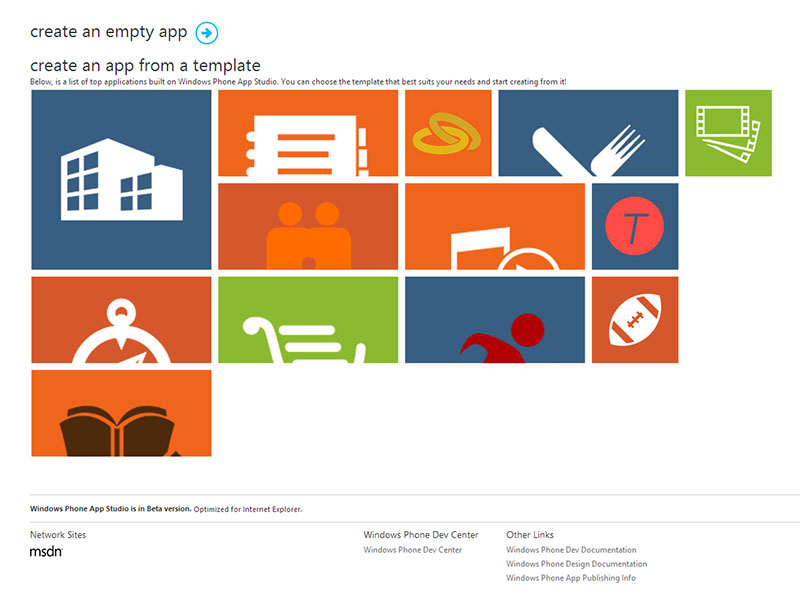 Microsoft developed the Windows App Studio to tackle the app situation on modern Windows platforms head on. This web based system allows anyone to easily create their applications.

Applications that work on both Windows and Windows Phone.

Over the past few months, Redmond has refined the service, and people with limited programming and coding experience have crafted their apps using it. Today, the company has refreshed the popular tool with a lot of new features.

One of the most requested of changes is finally in — the Logo and Image Wizard makes it possible to upload images (in JPEG and PNG formats), which can be automatically loaded into the icons, tiles and splash screens of a given application.

They can also be cropped and zoomed from within.

Previous features have also been enhanced. These include the simulator, improved screenshots, a fully responsive Home Page, improved HowTo formatting for easier and more intuitive navigation, along with notable increase in the overall performance of the tool.

This update also brings eight new theme templates that are fully customizable. Redmond makes it a point to mention that this is another highly requested feature from users.

Speaking of users, some 2.5 million have already registered for, and are using, the tool.

You can take it for a spin here on the Windows App Studio Beta website.