Anniversary – Creators, Fall – Spring, April – October and now Microsoft says that Windows 10 has “B”, “C” and “D” updates too.

What exactly does the company wants to convey? Let’s understand what these updates mean for you.

Quality updates are cumulative, they accumulate fixes from previous month’s updates and keeps on growing. For example: if you install December month’s cumulative update, you will get security fixes for November, October and other consecutive months. 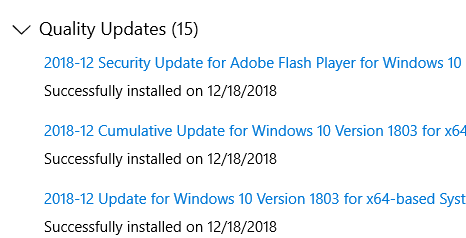 This is good in case you have a brand-new computer with clean installation. Single Quality update should take care of all the security fixes released in past.

Everything should be updated and installed in one go without the hassle of multiple reboots.

B Update or Patch Tuesday

If you are following windows 10 updates’ news, then you’ll know that “Patch Tuesday” is a popular term. These are called as “B Updates” because they are released in second week of the month.

This pretty much explains why Microsoft doesn’t have any “A Update”. Simply because they do not have any release in first week of the month.

Along with that, it includes bug fixes released in C and D updates of prior month.

B Updates are most important because they include new security fixes. You must install them as soon as they release to avoid becoming victim of ransomware or 0-day attack.

Now, you may have decoded that each alphabet stands for the week of the month.

Just like “B” update is released in second week, “C” and “D” are released in third and fourth week of the month. However, there is no fixed day for the release.

C and D are non-security updates. They consist of bug fixes and other feature improvements. Microsoft says C and D updates are “optional,” and Windows Update won’t automatically install them on your PC.

According to Microsoft’s blog article, “D” Update in fourth week has majority of non-security updates. This allows people to test those fixes before releasing to everyone in B update scheduled for next month.

Microsoft sometimes releases “C” updates in the third week of the month for Windows 7, Windows 8.1, and older versions of Windows 10.

As mentioned already, Microsoft doesn’t install C and D updates automatically. However, you might get one if you deliberately check for updates by going to Settings > Updates and Security > Windows Updates and click “Check for Updates”. 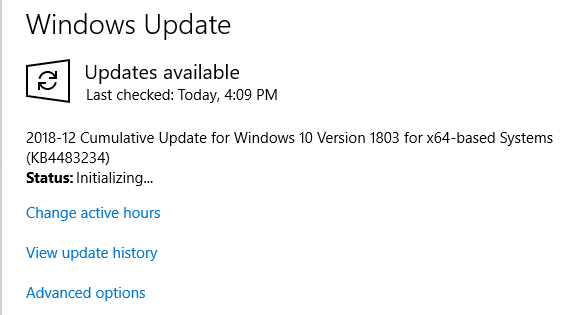 This is applicable even if you are not an Insider. Microsoft will consider you as a seeker and give you an untested update as per their disclosure.

To put it simply, Microsoft is using people who click the “Check for Updates” button as beta testers for quality fixes rather than relying on the Windows Insider program.

Microsoft occasionally releases “out-of-band” updates which includes urgent patches. They do not have any fixed release schedule.

For example: if there is a discovery of a new security bug which could be exploit user’s data, Microsoft takes immediate action and releases a patch as soon as possible.

These Out-of-Band updates are also part of cumulative update in upcoming months.

Big Upgrades to Windows 10 are called as Feature Updates. They are released every six months, April and October month of the year to be specific.