In the modern era, a smart worker is more successful than a hard worker. While working on their system, the user always looks for some tricks to fasten the workflow and increase efficiency. The goal is to become a smart worker by performing the maximum task with minimal effort.

How to Work from Home Efficiently with Windows 10

With Windows 10, users always have complaints that as compared to Mac devices, the ease of work on their system is nothing. Though Microsoft regularly provides major feature updates and minor updates, some of them speed up the system, the other works opposite, and slow down the system even more.

Well, Microsoft was quick to realize this, and last year they released the Windows 10 PowerToys in partnership with Janea Systems.

The PowerToys provide users with quicker, better, and different ways of performing tasks on Windows 10.

Though these tools are not new for the Windows users, they were part of the OS from the Windows 95 but were surprisingly unavailable on Windows 10.

Let us quickly enlighten you with the Windows 10 PowerToys to make you efficient in your day to day computing.

Fancy Zones would let you design the layout of your Desktop to make multitasking easier. If you require to use multiple applications at a time, you do not need to minimize the current application window to launch the other application. With FancyZones, you could fit 40 application windows at a time on your screen.

First of all, Launch Zones Editor by clicking the option under FancyZones.

Apart from the available layout templates, you also have an option to create your custom layout according to your liking.

When an application is drag to a zone, its window resizes itself to adjust and fill the zone.

Further, in the settings, you can set the appearance and also choose which app you want to exclude from FancyZones.

The File Explorer Preview is an excellent feature that gives you the preview of what is inside a particular file in the form of a picture. For example, take the following text file

By clicking on it, we can see its inside preview

For enabling the File Explorer Preview, first enable it from the PowerToys.

After that, go to file explorer, from the ribbon click on View, and choose Preview Pane.

This fantastic feature of Windows 10 PowerToys would let you resize multiple images simultaneously.

First, enable it from the PowerToys window.

Now select the images that you want to resize, then right-click and choose Resize Pictures from the context menu.

PowerRename, as its name suggests, is a powerful tool to rename bulk files very quickly. Many times you may want to rename a bunch of files, and for doing that, you right-click on each file one by one and rename them through the context menu. This process is time taking and exhausting.

With PowerRename, you just have to select the files that you want to rename, and then renaming is easy like find and replace.

This is another cool feature of PowerToys. It is like the windows search bar, but more precise, quick, and funky. After enabling it from PowerToys settings window, press alt+space on any screen or window to start it, and type anything you want to search for and open it.

This guide allows you to use common shortcuts using the combination of Windows key and other keys of the keyboard to perform various frequent tasks, for example, changing the position of the active window.

Keyboard Manager from PowerToys would let you tinker with the keyboard settings like remapping the keys and shortcuts.

By Remap keyboard option, you can set the keys according to your preference. For example, if you want by pressing ‘Q,’ you get ‘W,’ you can set it easily.

Similarly, you can remap the shortcuts like ctrl+v can be changed with ctrl+p.

Well, to be honest, this option does not have much practical use. Seriously, who on earth would like to swap their current keyboard map? Though you can use it to pull out a prank on your friends.

So these are the fantastic tools that are presented to you by the Windows 10 PowerToys. They can help you immensely in enhancing your work productivity and make your Windows 10 experience better. These tools are still in their early stages, but there was no sign of any glitches. The stable version is expected to release by September 2020.

5 Ways Microsoft Can Help us during COVID-19 Pandemic

How to get PowerToys for Windows 10?

Getting the Windows PowerToys is not a big task. You can download the latest installer file from GitHub. It is an open-source program so available to download for free.
– Double click to install the MSI file.
– After installation is completed, search for the application in the Windows search bar and run as administrator.
-Enable or disable the settings according to your preference 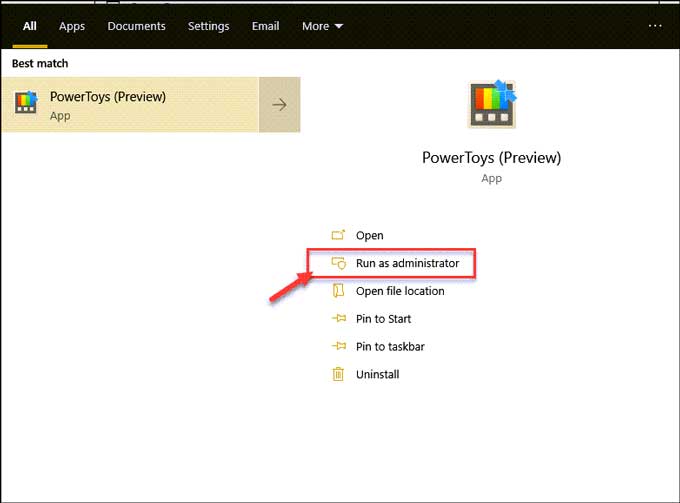 How to update Windows PowerToys?

You can check for updates from general settings if you have already had an old version of PowerToys installed on your system. Also, enable the auto-update if you want. 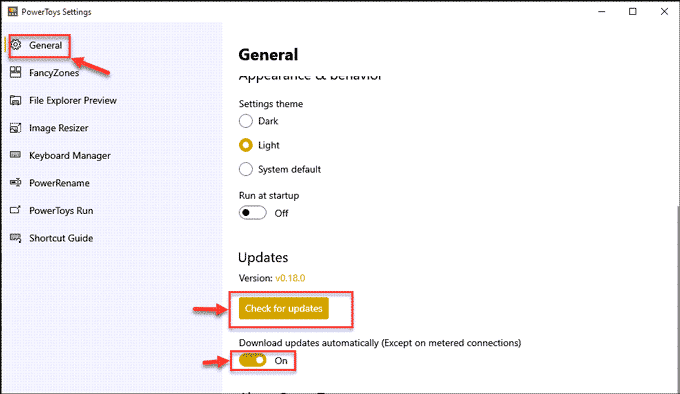