The ability to customize the look and feel of the Windows operating system gives you the freedom to create a personal experience.

Since Windows XP (or even in earlier editions), savvy users have customized the “theme” of the operating systems from the subtle to the flashy. As such, many users are starting to find easier ways to make their Windows experience unique. Consequently, the internet and the market are flooded with easy to install themes.

One of the most popular is the very official-sounding Windows 10 Black Edition. It promises to install an entirely “dark” themed Windows operating system on your computer. That’s right! It is as an entire Windows 10 installer that comes in dark theme by default.

Were these official releases from Microsoft?

Immediately after the release of a new Windows operating system, these Black Editions were made available online. In most cases, torrent aggregators and websites offering bootleg software are the ones to offer the Black Edition. DVD installers, which are packaged to look like a legitimate Microsoft product, began popping up in small shops and stores as soon as ISO installers were available to download online.

These black edition of Windows were not officially released by Microsoft.

The Windows 10 Black Edition and its predecessors were created by third-party developers who were not affiliated with Microsoft. Typically, these operating systems have customized dark themes and repacked them in ISO files to be installed in another machine. More often than not, these tampered copies of Windows 10 come with unknown programs. It is possible that some might have malware and other forms of threats already installed in the operating system.

There are only 12 official editions of Windows 10 released by Microsoft. These editions often vary in features and intended devices. The baseline editions, and naturally the most popular, are Windows 10 Home and Windows 10 Pro. Microsoft designed both for consumer PCs, tablets, and hybrid computers. Windows 10 Pro adds advanced features that target power users and small businesses.

Organizational editions are available to target varying institutions. These editions and some of their unique features are as follows.

The varying edition often differs in features, support, function, target device, and target organizations. Microsoft has never released any edition that only varies in theme, such as a Black Edition.

Where are Themes / Wallpapers stored in Windows 10

But does that mean it’s impossible to have a “black” version of your current Windows 10 machine?

It is actually quite easy to achieve a “black” edition by switching to Dark Mode. All you have to do is click the gear icon on your Start Menu to open Settings. 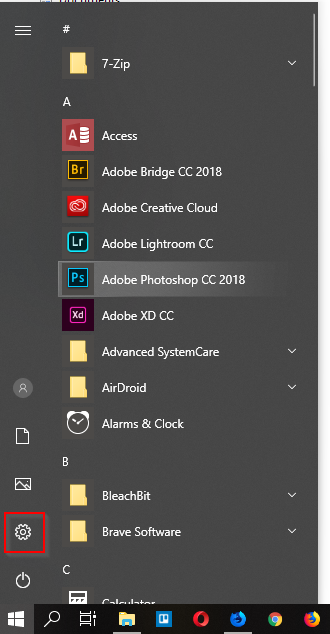 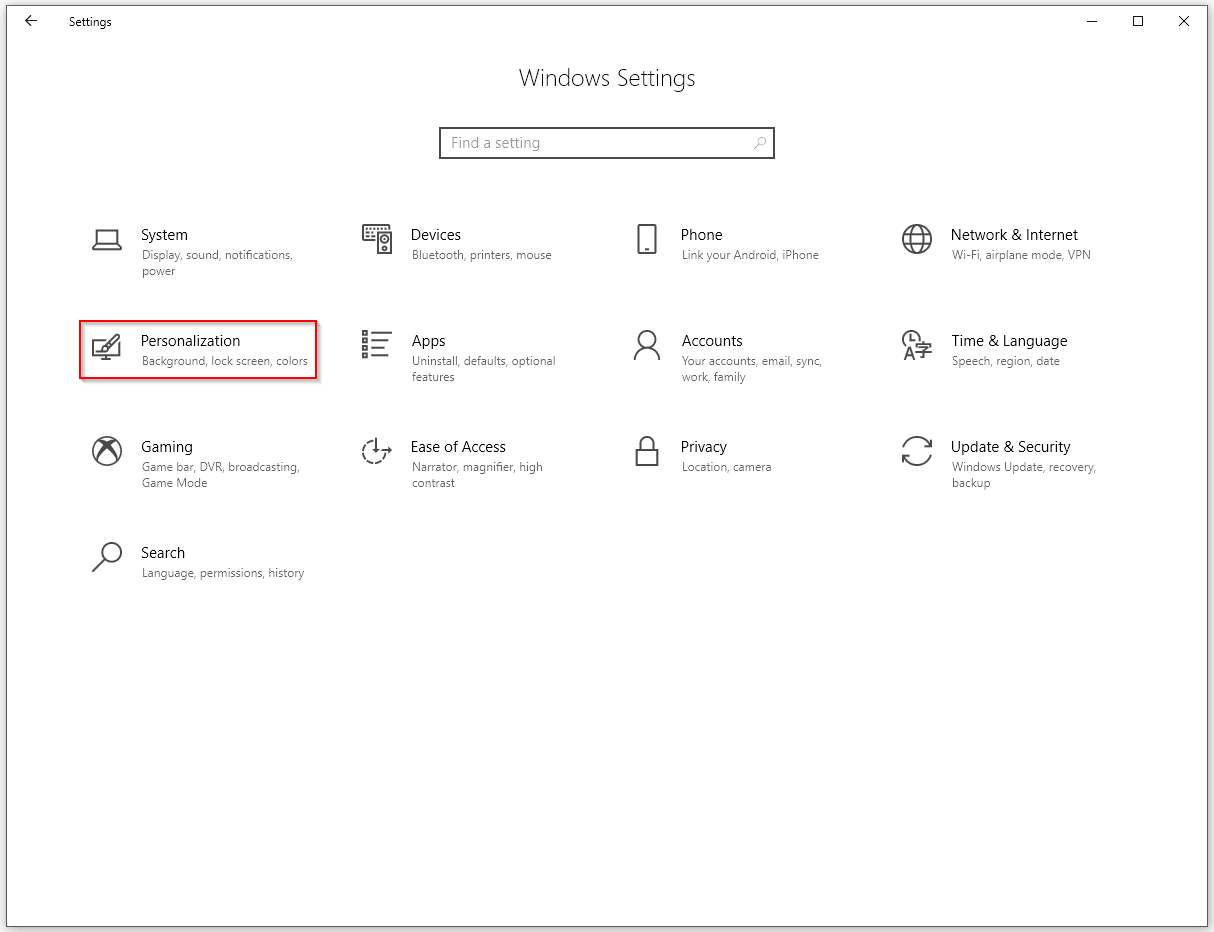 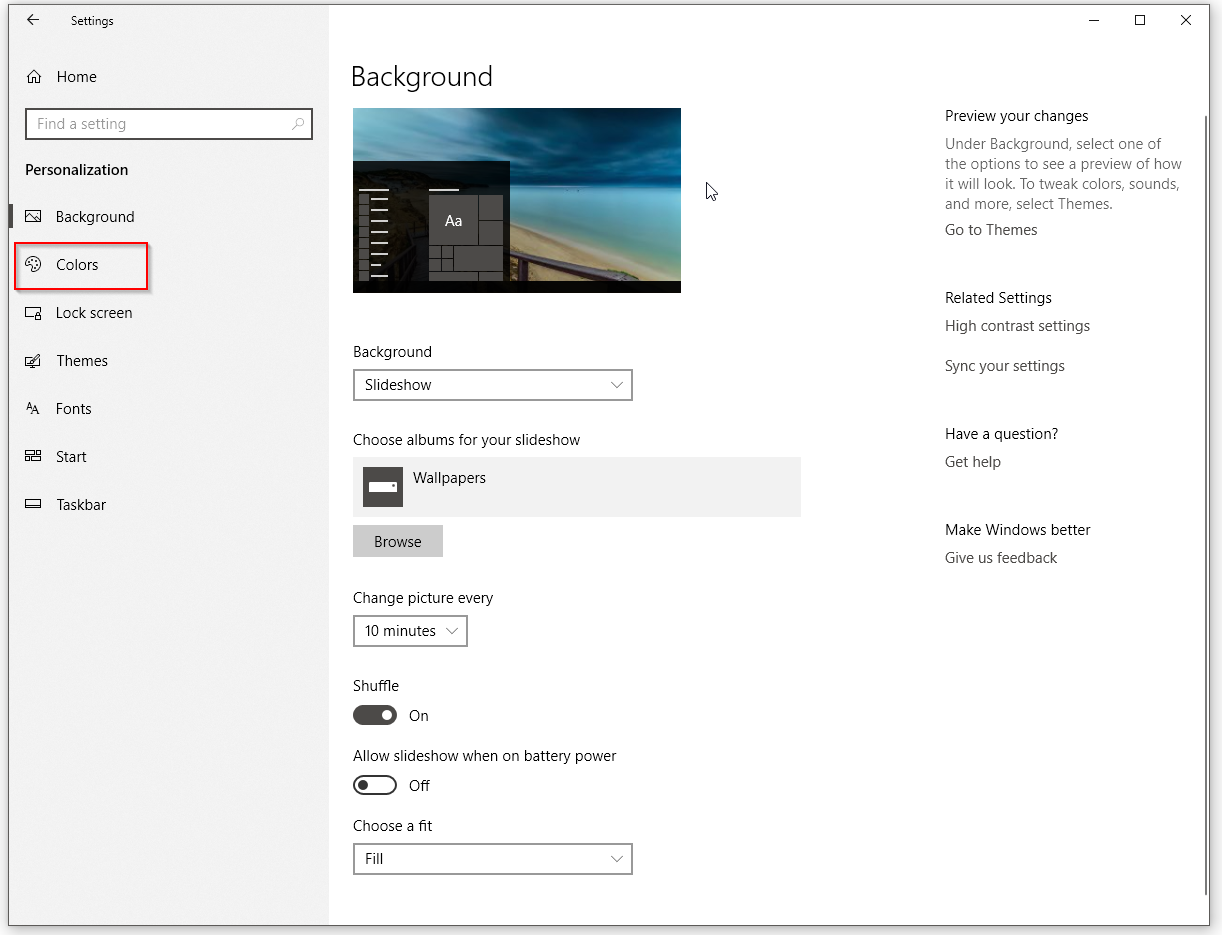 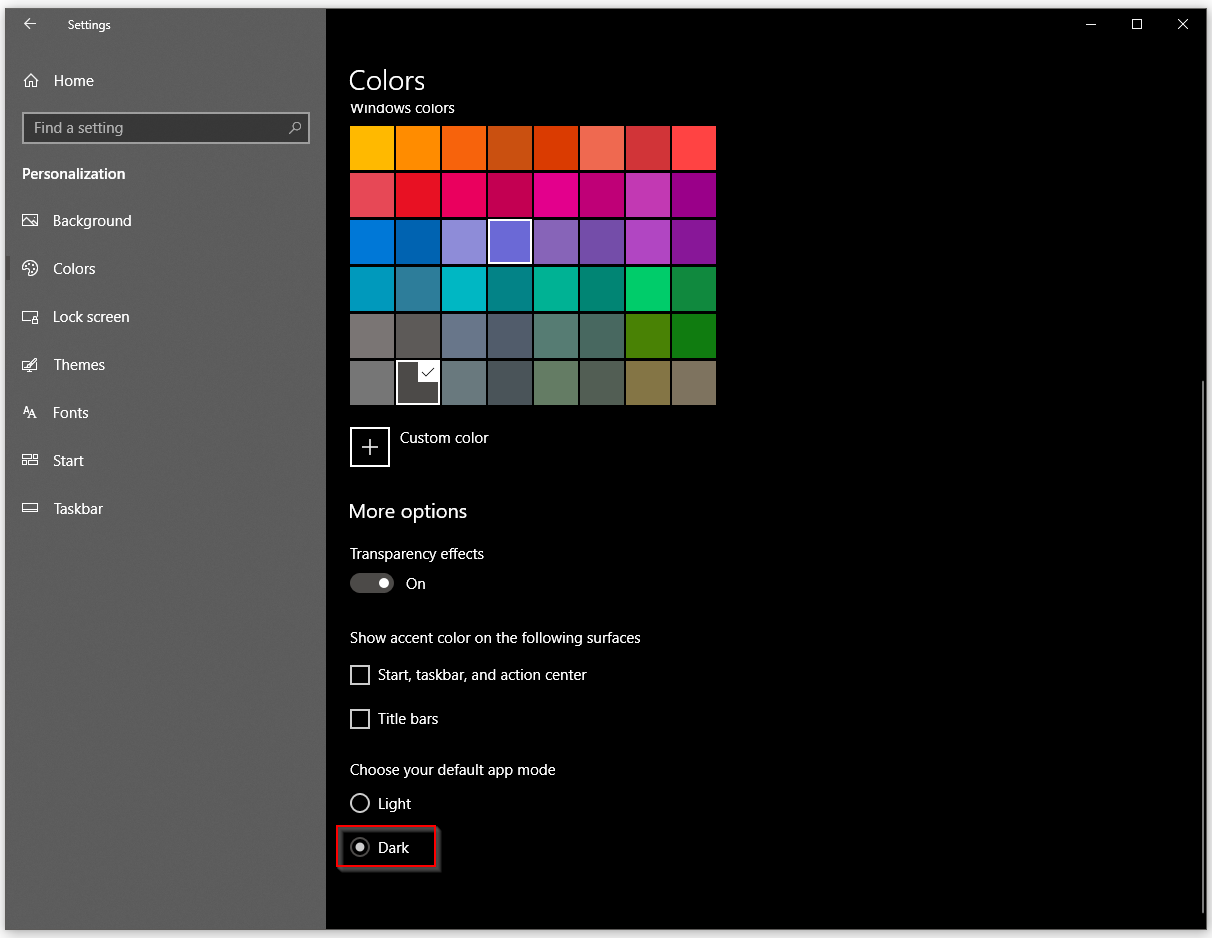 This will change the default application color to black. Take note that some applications might have their own interface settings that do not follow the default Windows settings.

Moreover, you can choose a dark theme to pair with the Dark Mode for a more consistent experience. In the Personalization window, click Themes on the left side panel. 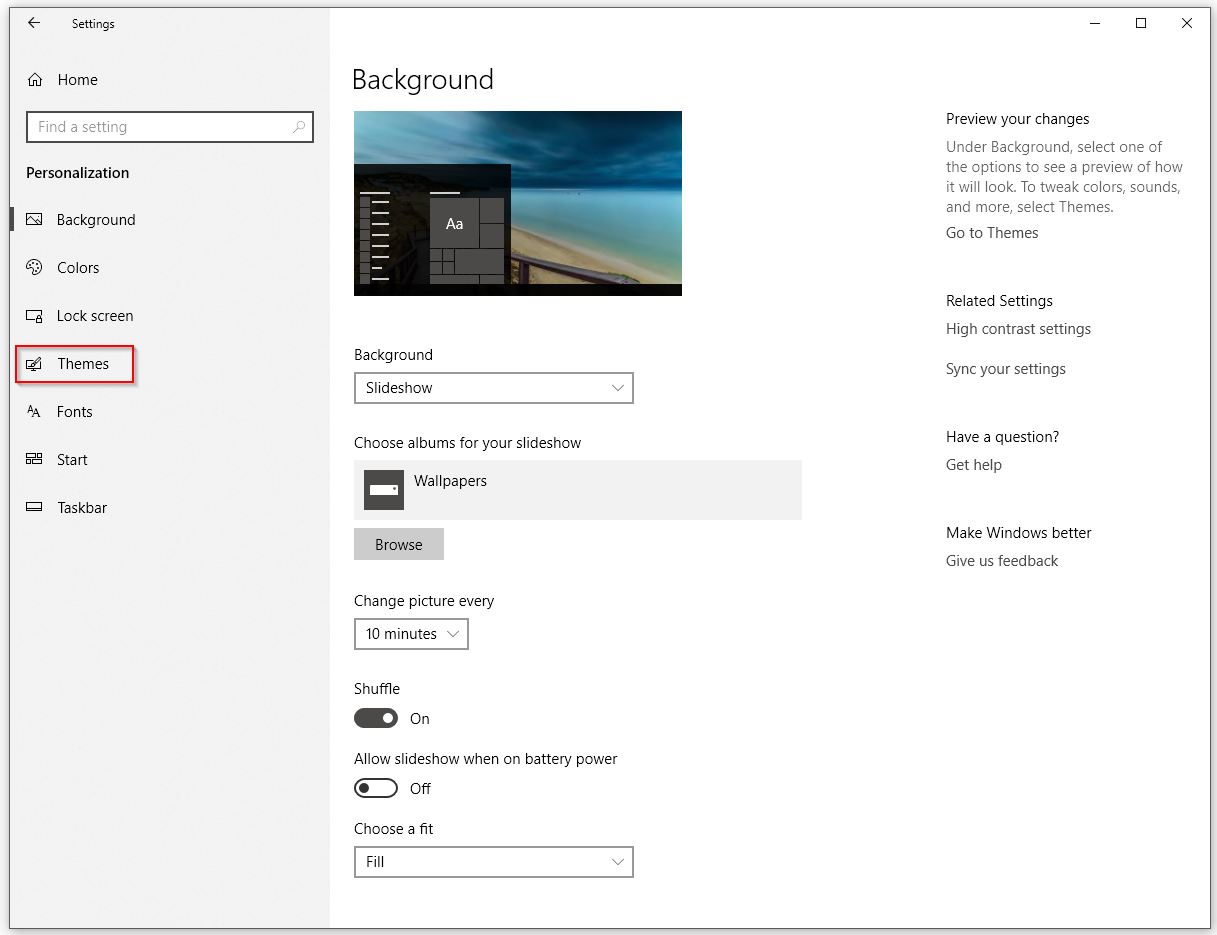 Choose an appropriate theme to pair with Dark Mode. You can download more themes by clicking Get more themes in Microsoft Store. 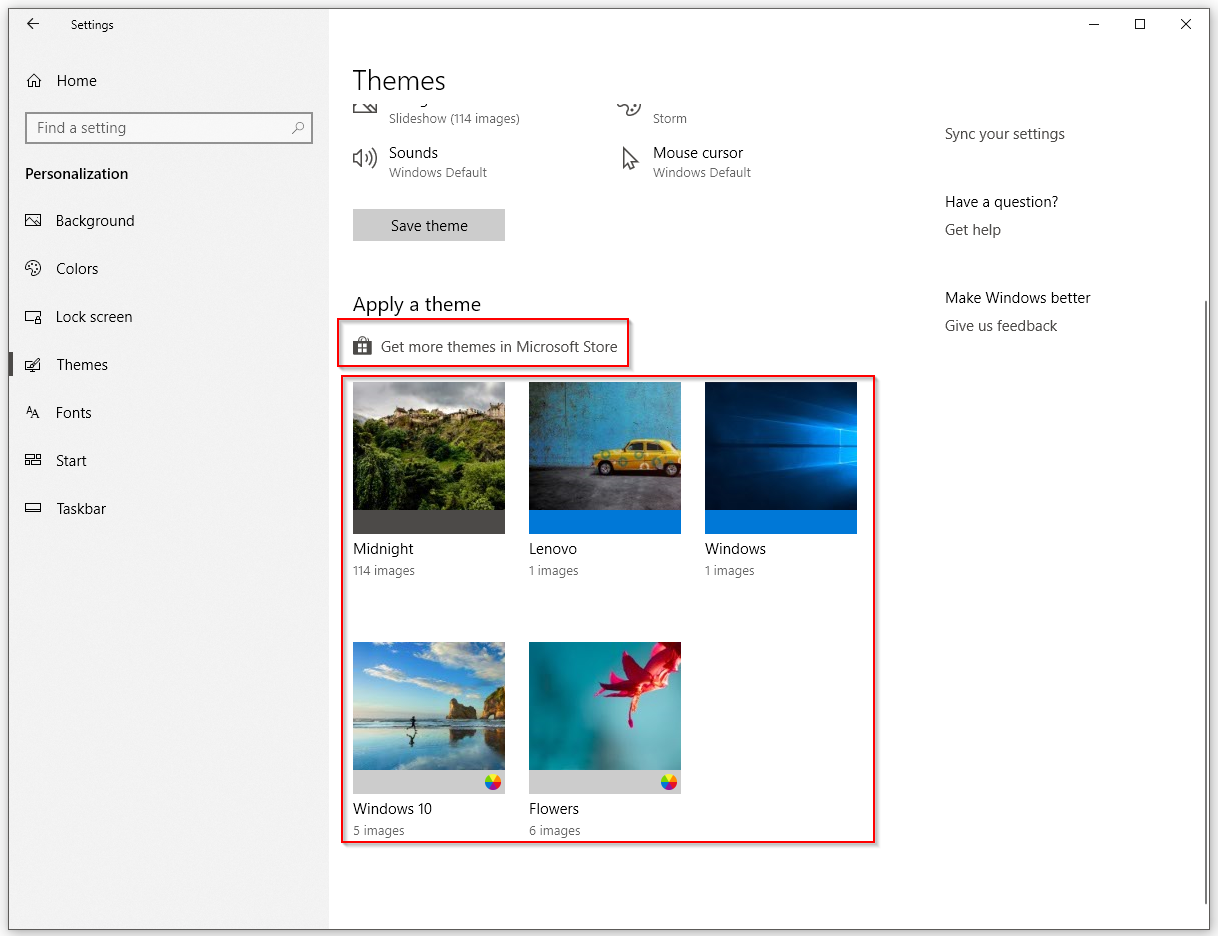 Take note that a theme is a combination of background images, sounds, colors, and mouse cursors. You can further customize the theme by clicking the corresponding options on the Current theme. 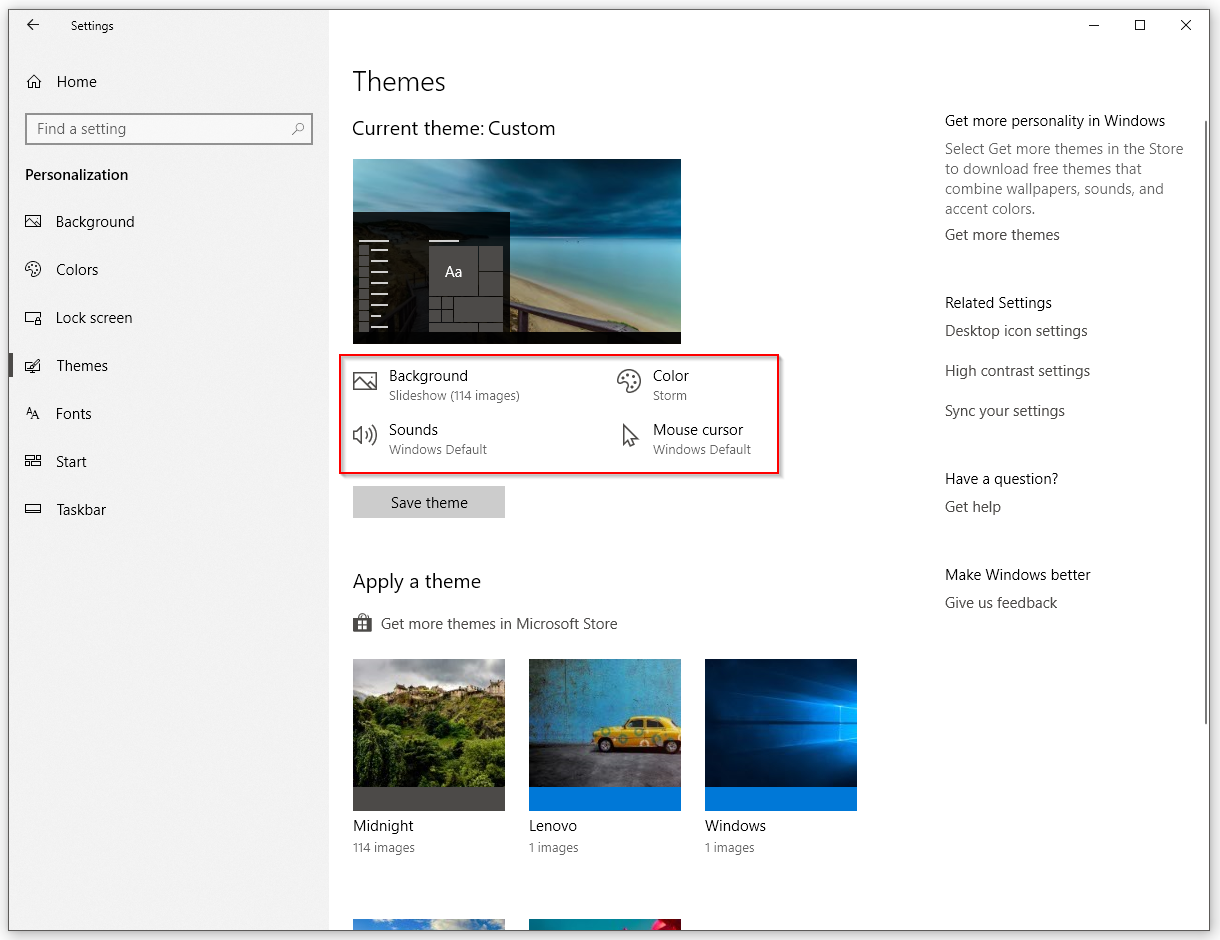 Another option is to download a third-party theme. These themes usually come with instructions and corresponding programs that will modify your system. As with any third-party applications, download and install them at your own risk. For safer options, we recommend these five killer dark themes for Windows 10.

Customizing your Windows operating system is part of the user experience. Always be mindful of any programs that you download online. You can always check the Microsoft website for their list of official products. Take the necessary precautions when customizing your operating system. Only download programs from trusted sources, regularly run your antivirus program and install an effective anti-malware application.

Allan Jay is a web developer who loves to read and watch tech reviews, especially cutting-edge technologies. He likes exploring and taking photos of the places he visited.