Windows is evolving. No longer confined to the desktop space, Microsoft seeks newer horizons for its operating system. Windows on the ARM, as the company likes to call it, may prove to be the most exciting new direction for the platform.

This variant of the OS puts Windows 10 onto an entirely new processor architecture.

Simply put, this is the software titan venturing into new territory, and continuing its strategy of investing in new PC form factors. The latest stop in the journey that started years back with the original Surface. And the company’s not alone this time — it has brought Qualcomm along for the ride as well.

It is your introduction to the Windows on ARM platform and its promise of revolutionizing the PC hardware market.

What is Windows on ARM? 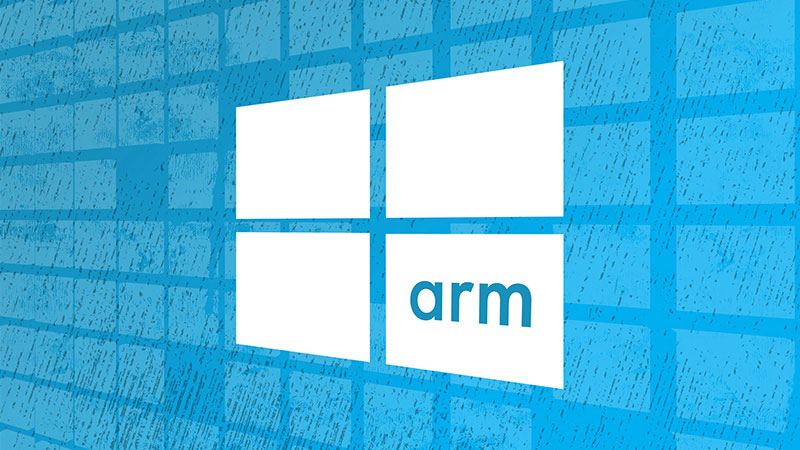 It was back in December of 2016 that Microsoft and Qualcomm announced a partnership to launch a new generation of cellular PCs that ran on the ARM-based processor, and made use of the full version of Windows 10.

Full, as in these devices would be able to run both the traditional desktop programs and the new Windows apps — Win32 and UWP, respectively, as they are technically known. In other words, it was the first time that devices with these types of processor were able to run software like Adobe Photoshop, Microsoft Office, and the various games that are available for desktop and laptop users.

It took a while for the endeavor to bear fruit, however.

The two companies followed things up at the Computex industry expo in May 2017, revealing their plans for what they called a new category of Always Connected PCs. They plan to make it on the Qualcomm Snapdragon 835 system-on-chip, which was now labeled Mobile PC platform for this venture. 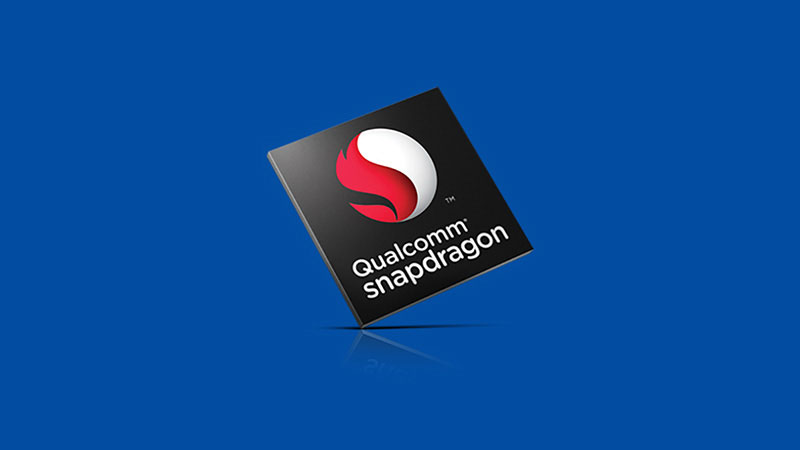 Despite this new terminology, the Snapdragon 835 chip is eerily similar to the one that powered some flagship smartphones, including the Samsung Galaxy S8. Albeit with a few minor changes under the hood for the Windows platform.

Companies like ASUS, HP, and Lenovo became the first manufacturers to unveil plans for these Always Connected PCs that featured Windows 10, LTE connectivity, and excellent battery life. Others are said to be working on their own devices for launch this year.

Now, before we go any further, you may be wondering what this new launch shares similarities with the Windows RT platform, which was apparently designed to run on ARM-based processors. It was all the way back in 2012 that Microsoft released the Surface RT, a product that turned out to be a massive flop. 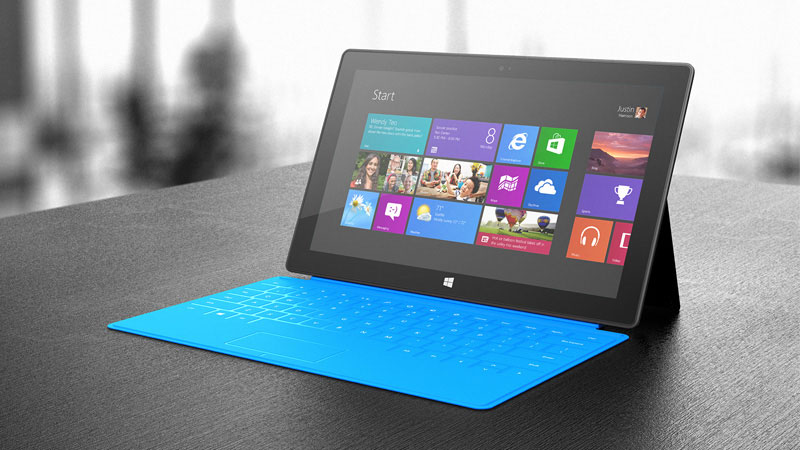 It marked a significant change for the company and the operating system. And was the forbearer of some excellent products that hit the market from Microsoft and friends.

Everything from the Surface Pro to the Surface Book, as well as several other 2-in-1s, tablets, hybrids, convertibles, detachables, what have you, that made their way onto the store shelves in the following years. And continue to flood the markets from partner companies like Dell, Samsung, Lenovo and many more.

Windows on the ARM was the first drop.

However, the story goes deeper than that. Hampered as it was, Windows RT was not the first attempt form Microsoft to bring its operating system to the ARM platform. The company had tried to do this many a time before, abandoning it each time.

And the biggest reason for their lackluster performance and eventual abandonment was the lack of app support. The operating system was there, but the software was not. This time around, Redmond is taking the long route. It is making sure that the all the applications that users want on their new devices are available to them, with native support for Win32 based software on the Snapdragon chip itself.

Enter the Always-Connected PCs. The efforts to bring emulation of these x86 applications on ARM processors were long and drawn out. However, the company finally has the results to show for this effort. Windows 10 now officially runs on the Snapdragon 835 — the first ARM processor that to have official support for the operating system. 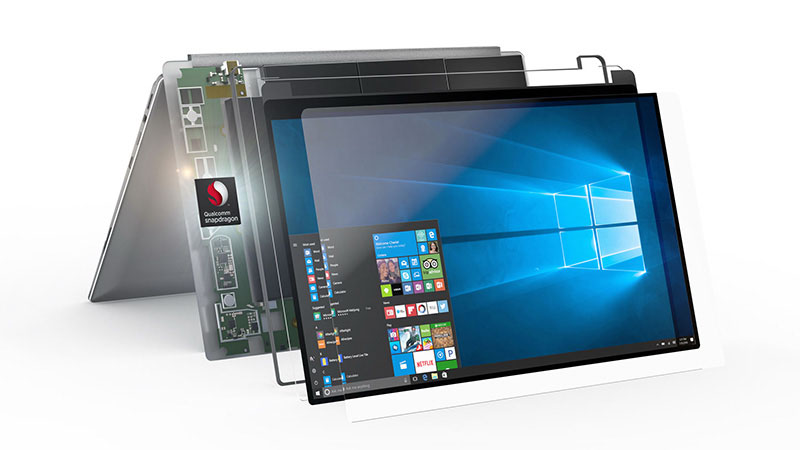 Qualcomm actually calls it Windows on Snapdragon, though the technology is not owned by Qualcomm, and other ARM chip makers can adopt it as well by teaming up with Microsoft.

It is what makes Windows on the ARM so exciting!

For the first time in forever, do we have a viable alternative to Intel and AMD on PCs? Anything that runs on an Intel chip should run on a Qualcomm chip. And the best part is that support for the more powerful Snapdragon 845 chip is also coming later this year, meaning we can expect significantly better performance from these types of devices going forward. 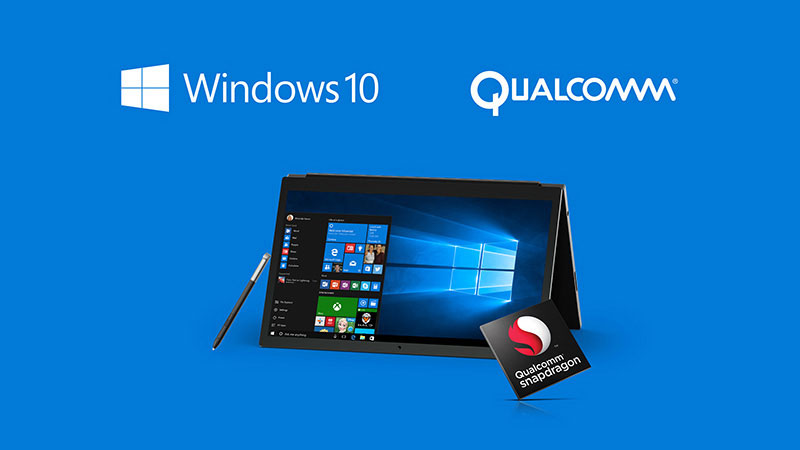 ARM-based processor usually sees the much better performance and better life improvements each generation than their x86 and x64 based counterparts that Intel and AMD design. And these types of devices have all the potential to take over the low and midrange side of the market shortly.

Let’s get technical. Qualcomm, when announcing this new line of PCs, called them sleek, thin, and fanless. Which means that their purpose is not rival high-end laptops with speedy processors, but offer devices with an emphasis on power efficiency and mobility.

This video explains it best:

The Snapdragon chipset will enable manufacturers to develop slimmer and lighter products or expand the battery that allows the users to get through a busy day and still have the power to spare. And they will be able to get online whenever and wherever they need to, thanks to LTE connectivity. 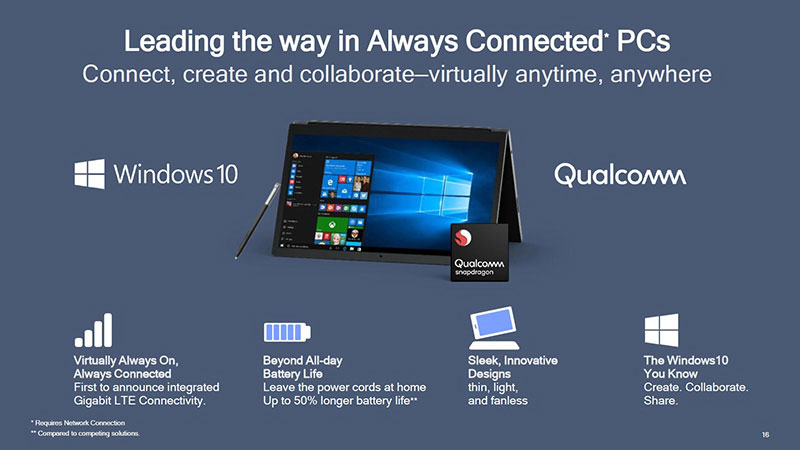 Now, apparently, LET connectivity on Windows-based machines is not something new, but this is the most smooth implementation of this networking right at the hardware level. Not unlike Android and iOS powered tablets and smartphone that have taken the world by storm.

Getting back to the improvements on these Always Connected PCs, Qualcomm claims buyers should expect around 50% more battery life than they would get on a traditional notebook. All of the Qualcomm based PCs that have been announced so far promise up to 20 hours of active usage, at least.

The company also promises standby times that are up to 5 times longer. The Connected Standby technology will enable users to wake up their devices more quickly, while still allowing them to stay connected to WiFi and cellular networks when not in use. 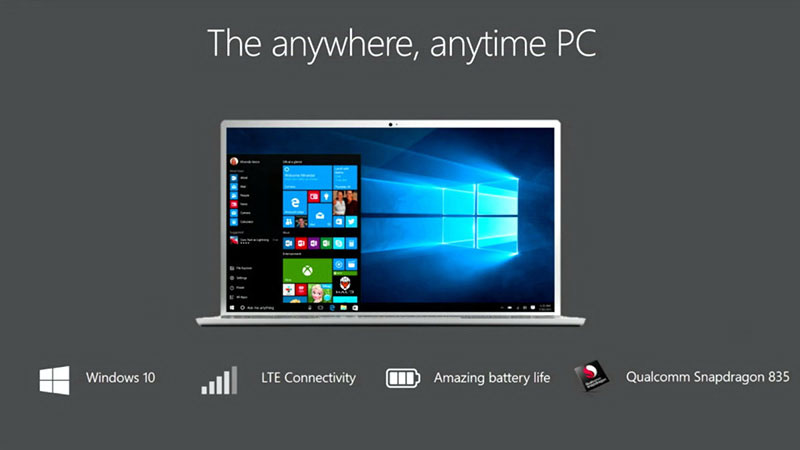 Speaking of connectivity, the makers built gigabit LTE support into the Snapdragon 835 through its X16 modem, and Microsoft has signed up a bunch of global carrier partners for its seamless eSIM connectivity, including names like AT&T, China Telecom, BT, EE, T-Mobile, Telecom Italia, Verizon, and Vodafone.

So far, so good. Improved battery life and seamless connectivity are two of the main reasons for buyers to go with these types of Windows 10 devices, but app support and performance is also a significant point for these Always Connected PCs.

It is something that is better illustrated by a video, and this clip that Microsoft released a year ago showed what you could expect concerning performance.

The demo shows Photoshop running on the older Snapdragon 820. Not only is this massive program usable, but it is also fast and fluid. It is reasonable to expect newer chips to run things better than this, and the consensus is that the x86 performance on the ARM is now faster than Intel Atom processors, and closer to the Intel Core M speeds — which is mightily impressive when you think of it.

Imagine buying an affordable PC like this, and having all your applications and programs with you wherever you go. It is the potential of this impressive new Always Connected PCs lineup, a possibility that is all set to feel in 2018.

Where are the Devices?

If you’re ready to buy an Always Connected PC, then you’ll be delighted to know that the first wave of these machines is on track to be here this spring. These machines will have the Snapdragon 835 chipset and look just as stellar as any modern Windows 10 machine.

Buzz among the bees is that Xiaomi and Samsung are also ready to join the Always-Connected Windows 10 PC party. But regarding vendors that have already unveiled their wares, we have HP and ASUS that showed off their creations last year.

First up, is a Windows ARM tablet by HP, called Envy x2. This tablet is the first Always Connected PC from the company, the first one to be announced at all, in fact. It offers 20 hours of battery life, comes with a detachable keyboard, and is set to be out in the wild this spring. 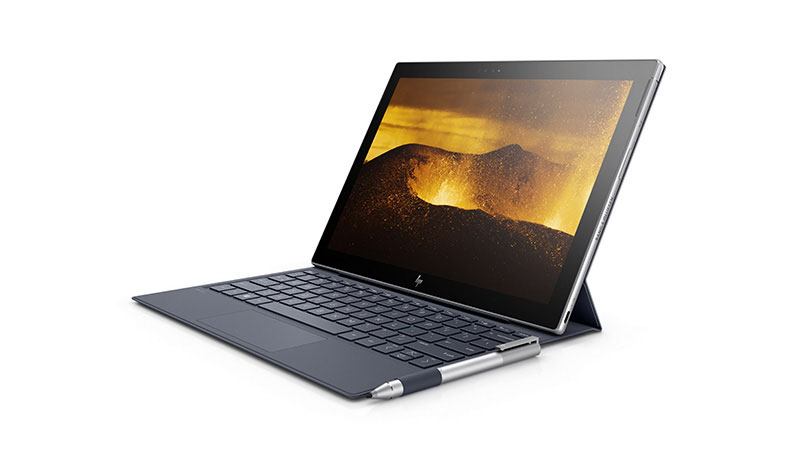 Likewise, ASUS is readying the NovaGo, which it says is the world’s first gigabit LTE Windows 10 laptop. This convertible machine offers up to 22 hours of battery life with active use and a stunning 30 days of standby. The NovaGo is set to be available in the first quarter of 2018, with two models in the pipeline, both with 13.3-inch 1080p displays. 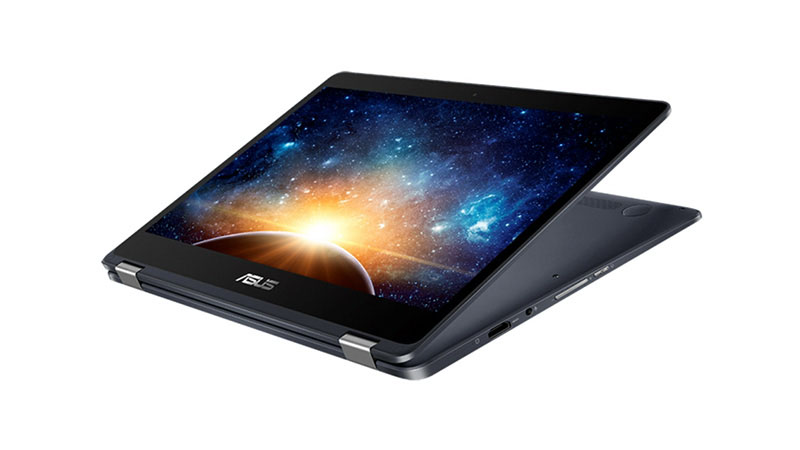 Long story short, these are but two of the first such devices, and with much more coming, Always Connected PCs have the potential to change the course of how companies design PC hardware.

Windows on the ARM is here, and it’s here to stay.