After the announcement of Windows 11, Microsoft promised users that it would keep supporting the Windows 10 operating system until October 2025. Keeping up with their promise and continuing the tradition of biyearly feature updates, on Nov 16, 2021, Microsoft released the new version for Windows 10, known as Windows 10 21H2 or Windows 10 November 2021 update.

This latest update was originally supposed to be a major one with lots of new features, but most were added in Windows 11. The Windows 10 21H2 is a pretty minor update that focuses on polishing and stabilizing the previous version by including minor enterprise-grade features and under the hood enhancements and bug fixes. It is available for Windows 10 users who are already on Windows 10 2004 or above.

Before upgrading your PC to Windows 10 21H2, if you like to know what new it has to offer, this guide will list that out.

How to Upgrade your PC to Windows 11?

If you look into it, you will find that Windows 10 21H2 does not include any notable changes that would prompt you to install it right away. Like some previous so-called ‘major’ updates, this one is also of no meaningful use and just provides some enhancements for the enterprises and other unnoticeable bug fixes. The user experience and features will remain unchanged, so if you are someone who dislikes changes, installing this update won’t affect you much.

The all-new Windows 10 Version comes with WPA3 H2E standards support that significantly improves the WiFi Network security. WPA3, also known as Wi-Fi Protected Access 3, is the third iteration of a security certification program developed by the Wi-Fi Alliance. It is more secure and comprehensive than its predecessor, WPA2.

Changes in Windows Hello for Business

With the latest development, Windows 10 will make your system’s GPU available to the applications running on Windows Subsystem for Linux (WSL) and Azure IoT Edge for Linux on Windows (EFLOW). It means that now you can efficiently run the intensive applications on WSL that need GPU power like machine learning and other power-intensive workflows.

How to check GPU Usage in Windows 10

One significant change coming to Windows 10 21H2 that some users may be affected by is with the Timeline feature, which can be found in the Task View button on the Taskbar. Starting with this release, Timeline will no longer sync activities across devices. The feature still works for local files and images, but that data will no longer be synced across PCs.

To skip the Windows 11 upgrade option, navigate to Settings -> Update & Security. On the Windows Update settings page, click on Stay on Windows 10 for now, under the heading Upgrade to Windows 11 is ready – and it’s free.

After skipping the upgrade to Windows 11, your device should get the option to install Windows 10 21H2. Click on Download and install to begin the update process.

If it’s not there, click on check for updates and be patient, you full surely get the update.

As already mentioned, the Windows 10 21H2 was meant to be a major one, but with the introduction of Windows 11, all noticeable features were added to it. So, the new Windows 10 version was left with nothing significant that will force you to install it immediately. However, if your system is running on Windows 10 2004, you should update it because it will reach its end of support next month.

Other than that, if your PC is running smoothly on your current Windows 10 OS version, and you haven’t faced any bugs recently, you don’t require to update to the latest Windows version right away.

Has Windows 10 reached the end of life?

NO, Microsoft will keep providing support to Windows 10 till October 2025. However, unlike the bi-yearly feature updates, Windows 10 will now get a single major update yearly.

NO, 21H2 is the next feature update to Windows 10. It is one of the two major updates that Microsoft provides to Windows 10 yearly.

If your system meets the minimum requirements for upgrading to Windows 11, you can do that for free from Windows 10. 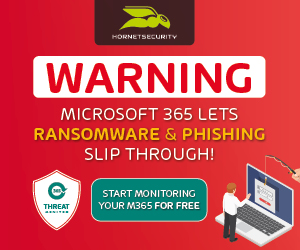