Annoyed with just how often Windows 10 updates? Join the club! Microsoft has, over the years, transformed the update process of its operating system from something that used to be simple to the complicated creature it is today.

Worse yet, this complication is amplified depending on the variant of the OS you have installed. Windows 10 Home, Windows 10 Pro, the Enterprise or Education versions, what have you, all have different update cadences and policies.

And then there are the type of updates that fly off Microsoft servers, seemingly every day.

The result of all this is that a lot of misconceptions that have taken hold about how the Redmond based company updates its flagship operating system. When in reality, there is some sense and sensibility in how Windows Updates work in Windows 10. And there are, in fact, ways to best go about them.

We will learn all this, and more, in this detailed guide. 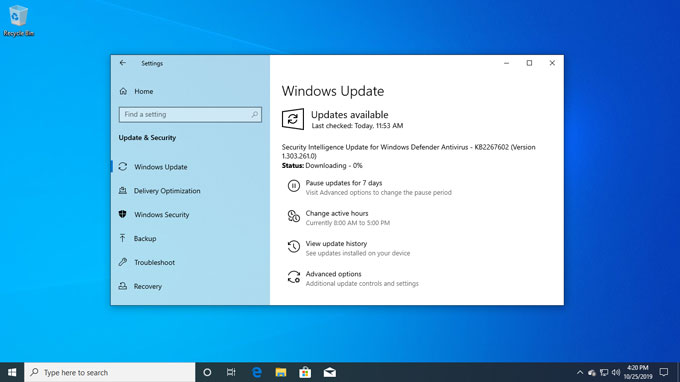 The aim of this article is to make things clear for you, regarding what kind of updates Microsoft releases, and how they are installed. As an added extra, we have also included a few hints on how you can better control the deployment of updates in the latest and greatest version of Windows.

Speaking of which, you may be wondering why Windows 10 does not give you anywhere near as much control as Windows 7 did? After all, things were working fine back in the glory days of Windows 7.

Microsoft handled it fine back then, so what is the difference?

Thing is, Windows 10 has a need to always require servicing, as long as there are evolving threats and performance improvements. The company changed Windows 10 to a SaaS model, which it conveniently calls Windows as a Service.

Even though Windows 10 is an operating system, it is now described as Software as a Service. It is for this very reason that the OS has to remain connected to the Windows Update service in order to constantly receive patches and updates as they come out the oven. 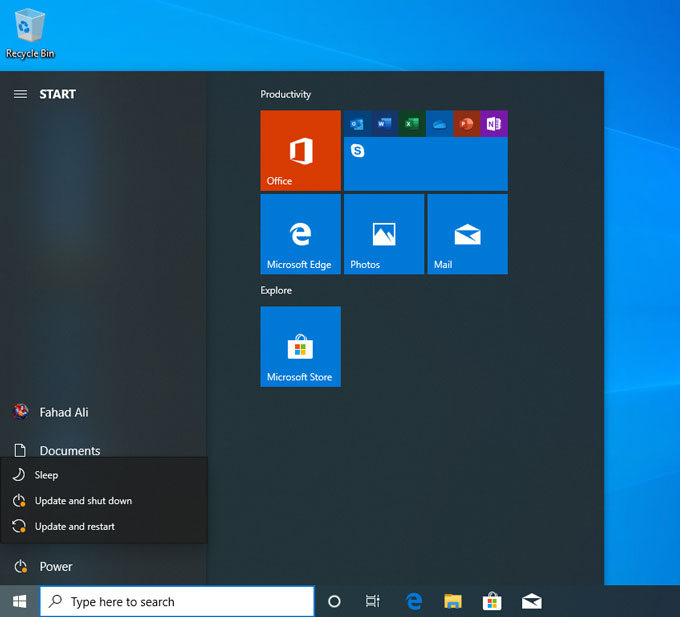 This may sound a bit oppressive to customers, particularly those that are rocking Windows 10 Home, as they have limited avenues to delay or defer updates for their system. But even then, the company has made a number of improvements in this regard. Windows 10 has come a long way from its debut back in 2015. Back then the waterways were open. Now, though, the OS provides much finer control over the download, installation and management of updates — feature and security.

It’s still not perfect, but we’re getting there.

Let’s take a look at the types of updates Windows 10 installs for you.

When is Windows 10 updated?

If your answer is every day, then you are not wrong. Microsoft updates Windows 10 frequently with security patches, bug fixes, performance improvements and new options. Then there are the main feature updates that get released twice a year. Not to mention, updates for other Microsoft software that may be installed on your system, definition updates for Windows Defender, even updates to the servicing stack and Windows Update components.

All that said, there is definite rhyme and rhythm to how Windows 10 is actually updated. Updates happen automatically in the background, but the OS takes care what to install and when.

As you’ll see below.

How often does Windows 10 check for updates?

Windows 10 checks for updates once per day, automatically. These checks happen at random times every day, with the OS varying its schedule by a few hours ever time to make sure that Microsoft servers are not jammed with millions of devices checking for updates all at once.

But while Windows checks for updates once every 24 hours or so, it does not mean that it installs them every day. In fact, Microsoft does not even release Windows updates every day. That is why often when you manually check for updates, Windows Update finds no updates available for you and serves up a message that your system is all updated.

However, if it the OS finds any updates for your system, it begins downloading them for automatic installation at a suitable time.

Definition updates arrive through the day

Microsoft has built up Windows Defender well over the years, and the security application has come a long way. It is now known as Windows Security, and is a complete antimalware platform built natively into Windows 10. As long as you have not installed a third-party antivirus, the service runs automatically in the background to protect your PC.

Due to this, Microsoft needs to roll out regular definition updates for its security solution for it to identify and protect against the latest threats that are discovered in the wild. All security applications do that, and Windows Defender is no different. 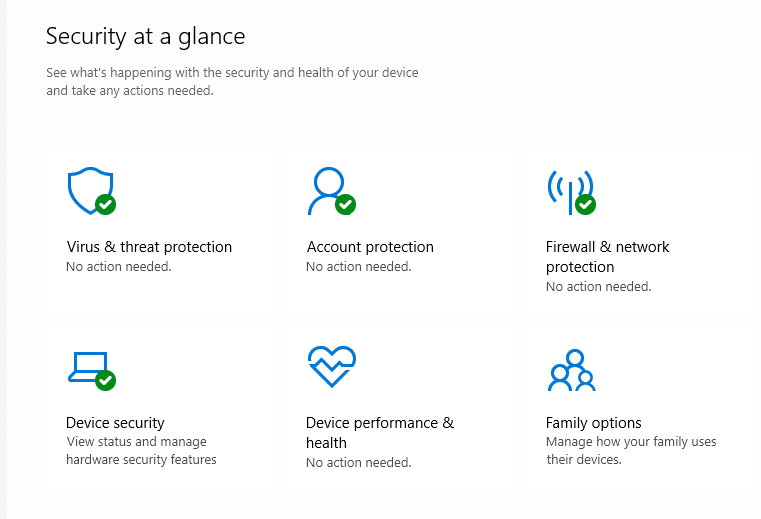 But unlike other third-party software, this one gets its updates from Windows Update. Meaning, definition updates arrive multiple times per day. These updates are small, install quick, and don’t require a reboot. If anything, most of the time, you will not even notice your PC is installing them.

Driver updates are rolled out occasionally

Our next stop is driver updates that Microsoft now serves to Windows 10 users on its own. As you may be aware, hardware drivers are little bits of software that enable your devices and peripherals to function. These are things like your graphics, sound, or WiFi hardware, or printers, scanners, and other such PC components.

Hardware manufacturers release new versions of these drivers every now and then, mostly with bug fixes and performance improvements.

Although you can manually search for deploy these, Windows Update delivers these driver updates for your PC. These are provided by other companies to Microsoft, who then plugs them into Windows Update to be installed on PCs that require them.

Worth a mention that you may have to restart your PC for certain driver updates.

Cumulative updates are sent once a month

Also known as quality updates, these updates are cumulative in nature, and arrive on the second Tuesday of each month. Microsoft calls this event Patch Tuesday, though there is also a recent phenomenon known as Super Patch Tuesday.

Regardless of what these are known as, these are big updates that are made up of security fixes as well as other bug fixes that are accumulated over the course of a month. They’re called cumulative updates for this reason — they bundle a large number of fixes, even fixes from previous updates.

The big idea is to ensure that when refresh your PC with the latest cumulative update, you get all the previous one packed in as one big cumulative update. This comes in handy if your PC has not been updated for a while.

But while these updates sound simple in nature, the devil is in the technical details.

Patch Tuesday’s main cumulative update is known as a “B update” because it’s released in the second week of the month. But Microsoft also likes to send over “C” and “D” updates as well, which are released in the third and fourth weeks of the month. You will only get these additional ones if you manually click the “Check for Updates” button in Windows Update. If not, then they will arrive as part of the next Patch Tuesday cycle.

Since cumulative updates handle important files in the operating system, they require a reboot. These files really cannot be modified while Windows is running.

Out-of-band updates fly off in emergencies

In a perfect world, Microsoft would only roll out updates once a month on Patch Tuesday. And believe you me, the software titan does try to do that. But occasionally, the company is forced to release what are called “out-of-band” updates, outside of the normal schedule.

As you can imagine, these are generally released in emergencies, mostly when there is a 0-day security flaw that is being exploited in the wild and the vulnerability must be fixed immediately.

Feature updates knock on your door every six months

And now we get to the stars of the show! Feature updates. Microsoft releases these big, major versions of Windows 10 once every six months, spring and autumn. These key updates for the OS include a lot of changes, improvements and new features — hence their name.

This is when you get features like the light theme, Windows Sandbox, new default apps, updates to the native applications, and notable changes to the operating system itself. Microsoft likes to codename them like 19H1 and 19H2, but their actual rollout designation is different, like the April 2019 Update.

That said, these do not always roll out immediately.

Microsoft has systems in place to ensure a gradual and throttled rollout of these. The company will only offer you a feature update if it thinks it will run well on your hardware. Of course, you can always go looking for them, and deploy them yourself, or move in with a fresh clean install using an ISO image.

Goes without saying, these big updates always require a reboot, and come with a much longer installation process that has you staring at a blue screen while the process finishes. If you see a “Working on Updates” screen, or a notice that “Your PC will restart several times”, Windows is probably installing a feature update. 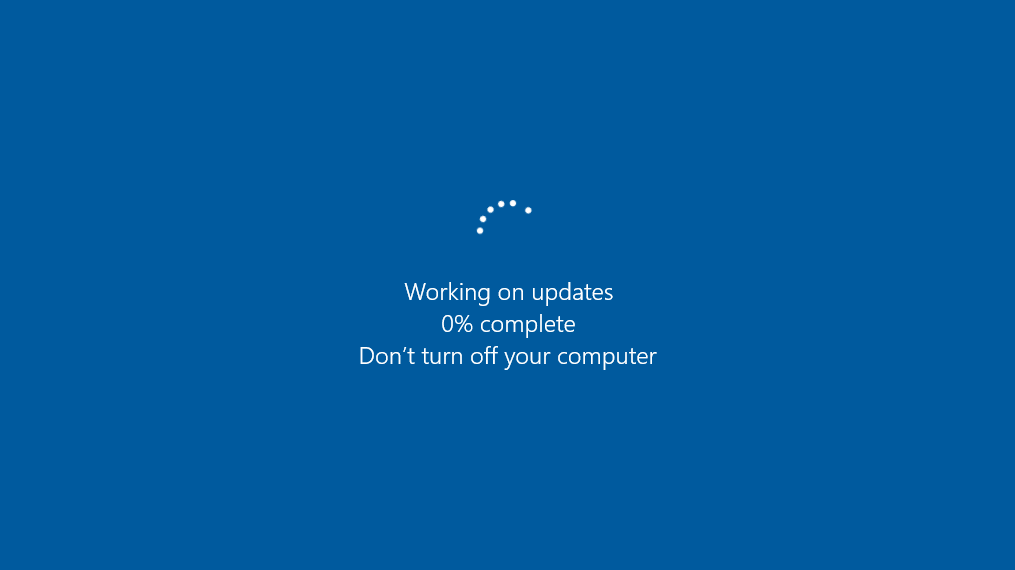 The time required to install a feature update depends upon how fast your PC is. But don’t be surprised if it takes you an hour or more to reach the finish line. Redmond is trying to speed up the installation process, though, and has made notable progress over the last few versions.

Control when Windows updates are installed?

This truly is the pressing matter of our time. Windows 10 likes to take things in its own virtual hands, and does not give you too much of a say in when and how the updates are download and installed. Even as things have constantly been improving in this regard.

We list a few different ways to gain some more control over how Windows 10 is updated.

For starters, you can prevent Windows from automatically installing updates and rebooting at the most inopportune times using the Active Hours feature. Windows will not deploy updates and patches during this time frame, which can be set for up to 18 hours each day. 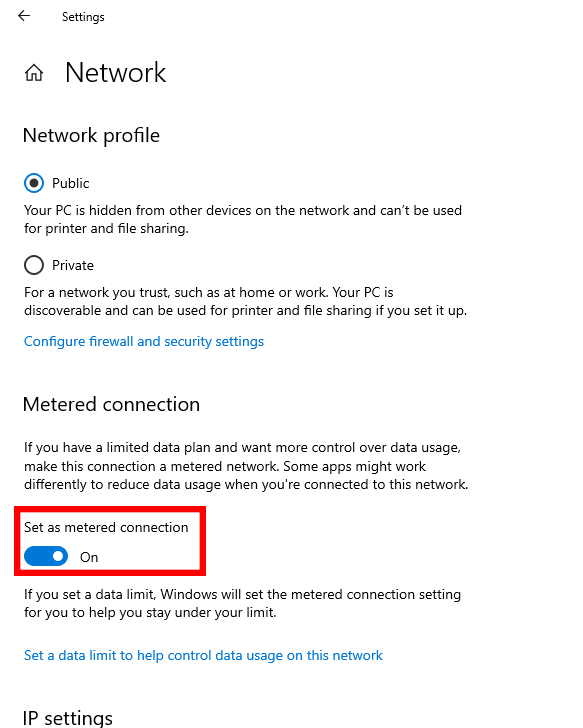 Another way to prevent the installation of updates is by setting your primary connection as metered. Doing this, Windows will only download a few critical, necessary and small patches, and most other updates will not be beamed and deployed automatically. Although this setting is designed to save data on cellular connections and connections with limited data, it can be enabled on any connection, even a wired one. 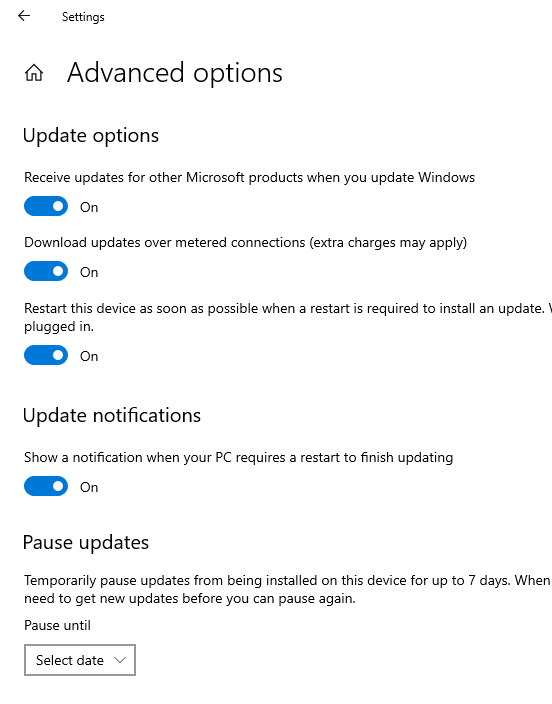 And finally, Microsoft continues to refine the ability to pause, defer and delay the deployment of updates in Windows 10. Window 10 Professional users already had these abilities, but Windows 10 Home users now also have access to these handy options.

How to Update Windows 10 Offline

Few things are more frustrating on a PC than an update that either takes its sweet time to be deployed, or one that wrecks up the system after it is installed. Granted, the majority of users go through these updates without any issues. But the consequences can be rather severe for the unfortunate few.

Reality is, this is how Windows 10 handles servicing. The problems are patched almost immediately, but that process itself often leads to more issues that need further fixes.

Unless Microsoft how Windows is updated inside out, this is the reality that remains!

2 thoughts on “Why does Windows 10 Updates so Much?”