Windows 10 Mobile, which is now the thing of the past, was once believed to be the best potential replacement for Android and iOS devices when it was launched in 2015.

What are the Risks of Using Windows 7 After End of Life?

If we look behind, Microsoft has never been successful in the Mobile industry, despite dominating the laptop and desktop industries. Every time Microsoft tried to fit themselves in the phone business, people rejected them miserably.

What were the reasons that led to the downfall of Windows 10 Mobile? The reasons are many, and some of them are obvious.

What happened to Windows 9

Many people might not be aware of the fact that Microsoft launched their first phone back on April 19, 2000. It was named Pocket PC 2000 and was based on the Windows CE operating system. Later, Microsoft renamed it as Windows Mobile in 2003, and there were few more versions of it released till the mid-2000s. These were basically the portable, pocket versions of the popular Windows operating system.

Later on, when Apple and Android took up the mobile phone market, it forced Microsoft to discontinue Windows Mobile. However, in anticipation of taking on iOS and Android OS, Microsoft, later on, started the successor of Windows Mobile and named it Windows Phone (WP).

Both Microsoft and Nokia were expected to rule the Mobile world together, with millions of loyal customer base. However, this incorporation went on to be a disaster, with Nokia switching to Android and Microsoft discontinuing the Windows Phone.

What were the reasons that drove to this failure?

Run Android Apps on Windows 10 PC without Emulators - Here's How

Despite launching the Windows OS phones when there was no Android, no iOS, that means literally no significant competition.

Despite having a humongous loyal user base

And despite being one of the biggest tech giants with thousands of top developers in the team and a visionary founder.

Why Microsoft failed to capitalize on the Windows phone, especially Windows 10 Phone?

Here are the top reasons for that:

Microsoft was too late

When Apple launched the iPhone in 2007, it was a warning for Microsoft to bring out the changes, but they sidelined it by relying on their traditional buyers. They didn’t realize that the world was over with old fashioned Windows and ready for a change brought by Apple. Soon iOS was joined by the Android, and the smartphone revolution was kicked.

Microsoft was too late for damage control, as even the customer base that they own were opting for Android and iOS. Giant manufactures like Samsung and HTC were quick to realize the potential of Android. They launched a number of Android devices in a short span, which boosted Android so much that Windows became just a PC operating system for the consumers.

When Microsoft realized the revolution and decided to bring out significant changes in its phones in 2014, it was too late.

Seven years is a huge time. In those years, iOS and Android never looked back. Especially Android. It keeps adding manufacturer partners and builds its ecosystem by launching Google apps like Play Store, Maps, etc. Microsoft only had Nokia, and that too was in the revival period.

Let’s face it. While Windows may be a great operating system for a laptop or PC, it was never effective on phones even at the start and mid of the 2000s when it was a big deal. Though Microsoft and its hardware partner Nokia always emphasize more on the build-quality and provide the long-lasting products to the consumers, Android changed the trend after its arrival.

Android phone manufacturers capitalize on this fact and launched phones with medium-range build quality but full of latest features.

However, Microsoft could not do the same not because they don’t want to, but because Windows OS was not capable of doing it on the phone. By the time Windows OS was finally optimized for mobile phones, most mobile phone manufacturers have already partnered with Google’s Android.

Android being an open-source program, was regularly optimized, and millions of independent developers contribute to making it better. It is highly customizable, and its play store has millions of applications. Any android developer can list its apps on the play store.

Windows OS, on the other hand, is not an open-source program. It is strictly developed and tested by the closed developers. That is the main reason for it being less innovative. Furthermore, developing applications for the Microsoft OS is a massive task as compared to Android apps. Android itself provides many tools for Android App Development and that too for free of cost or some at a very minimal price.

This is another main reason for the downfall of the Microsoft Windows 10 phone. Since Google owns Android, they never bothered to code their apps for the Windows 10 mobiles. So users were deprived of Chrome, Gmail, YouTube, and other major Google apps on Windows.

Google may have done this because of the professional rivalry with Microsoft. But the less user base of the Windows Phone must also be in their minds. Otherwise, the same could have been done with the iOS too.

Microsoft made the biggest mistake by keeping both the hardware and software with themselves, which they didn’t do with their PC operating systems.

On the other hand, Google just kept the operating system and application manager with them and let other manufacturers build the hardware.

Windows 10 mobile and previous Windows phones had a lot of potential in their manufacturing and OS builds. However, they came too late to the new party and kept themselves engaged in the older one.

Guess what, “better late than never” didn’t work for Microsoft.

3 thoughts on “What Happened to Windows 10 Mobile?” 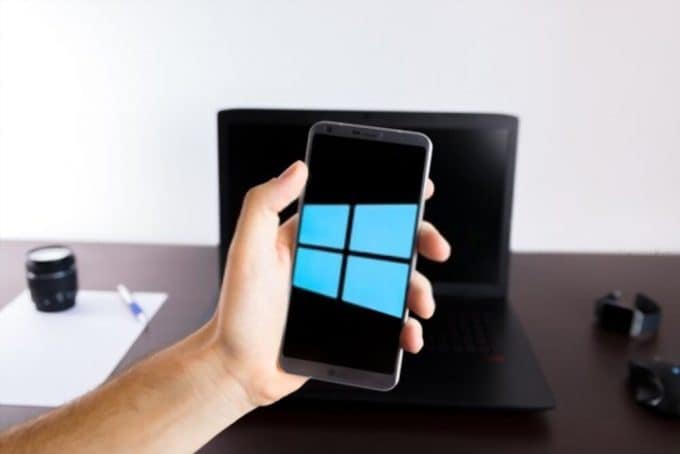