The mobile revolution truly has turned the technology world upside down. Both hardware and software development has changed with the shift in focus towards mobile devices like smartphone and tablets.

Take Snapseed for instance, one of the most popular photo editing apps out there. So fantastic is this application on Android and iOS that people continue to seek versions on the PC. If you are one, then this article is for you.

We’ll see what makes Snapseed so admired, what kind of image editing power it offers compared to the competition, and what you can do to get it running on the big screen of your computer.

Why do you need Snapseed for PC?

For those of you hearing about Snapseed for the first time, fret not, for you are not alone. Snapseed is a mainstay on mobile platforms, and one of the most popular image editors available. Most people that exclusively use the Windows platform probably don’t know of this app.

What makes Snapseed so special is its impressive array of features and immeasurable amount of power it offers to users. You can use the program to instantly edit images in ways that almost rival professionals. Retouching your photos with the tools and filters provided allows for a previously unseen level of editing capabilities right at your fingertips.

Here is a selection of screenshots showing the latest version of Snapseed running in all its glory on an Android smartphone: 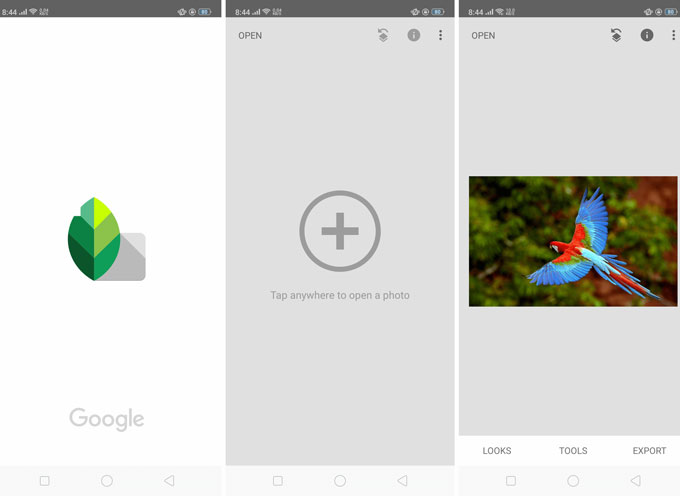 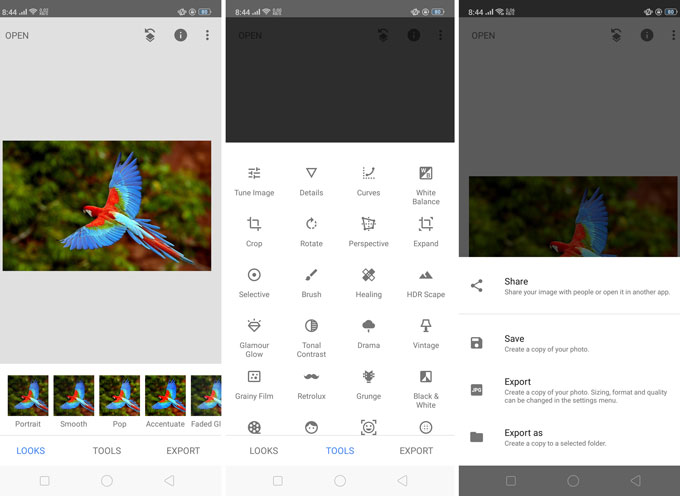 And below is a short breakdown of the main features and abilities of Snapseed, and why you may be tempted to give it a try — even if you don’t own a compatible Android or iOS device.

At the risk of turning this into a review, a better idea would be for you to go and take a look at the respective Snapseed store pages on the App Store and Google Play.

Perhaps the first thing you will notice here is that this photography app has Google under its name, signaling that it is developed by Google. Did the search engine giant develop Snapseed? Maybe this is one of the reasons why it has not been made available on the Windows platform?

For the answer to all these questions, we need a very quick history lesson.

Those of you that have been using computers for a while now may remember the interest Microsoft showed in the space of photo editing. Now discontinued, the Microsoft Picture It! line of programs gained remarkable levels of popularity back in the 90s.

Well, this is the angle Google is going for here.

With the rise of mobile photography, people wanted a photography experience that was not limited by their device and offered the same level of quality and control that they got on their cameras and computers. This was the reason behind the meteoritic rise of Instagram back in the days, and what inspired Google to take it on with an app of their own.

Snapseed was originally developed by Nik Software, a German developer of tools for amateur and professional photographers.

Google acquired the company in September 2012.

Nik Software had already launched Snapseed on the iPad in June 2011, where it won plaudits for its multitouch photo editing interface, gaining more than nine million users during its first year on sale, on its way to being named iPad App of the Year by Apple.

But within a few months, the desktop versions of Snapseed discontinued by Google in March of 2013 as part of their spring cleaning. These excellent applications were available on Windows and Mac computers, and offered the same level of editing prowess found in the mobile variants.

With its focus on the mobile versions, Google actually sold the Nik Software assets to another photography solutions provider, DxO, which continues to sell these brilliant programs for desktop users as plugins. If you have an advanced interest in photography, then they are well worth a look as they offer some of functionality found in Snapseed.

The raging popularity of the Snapseed apps, with hundreds of millions of installs over the years, meant that users continue to look for the application for their computers. Just like there is no shortage of people that want to use FaceTime on Windows, there are many that search for Snapseed for PC.

Should come as no surprise that others have tried to fill this gap on the desktop.

Developers have tried to create similar looking and sounding software, while malicious actors have tried to code up fake installers and programs to trick users into downloading malware. Goes without saying that it’s best to avoid shady places that promise this, and avoid clicking suspicious links.

Amidst all these fakes and clones that aim to piggyback on the success of Snapseed, there is the original desktop version of the program that you can still download and take for a spin. It’s not the most updated of programs out there, but is still worth its sale. 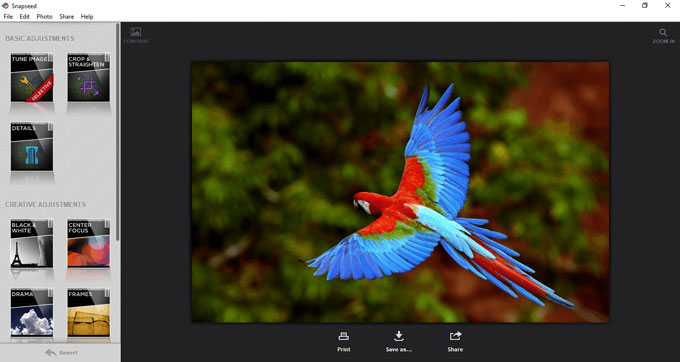 Simply get Snapseed for PC from here, or any of your favorite trusted software repository. It’s bit of a trip back in time, but shows the direction Nik Software was running for back then. This old school version works on pretty much all active versions of the operating system — from Windows XP to Windows 10, both 32-bit and 64-bit.

But this much is certain, we should not expect an official desktop version of Snapseed for platforms like Windows or macOS anytime soon.

However, if you absolutely want to run the latest mobile version of Snapseed on your PC, there are ways to get it up and running. Unlike FaceTime, which is limited to Apple platforms, the Android version of Snapseed can be run via the magical power of emulation on your computer.

Run Snapseed on PC via Emulation

There is a whole world of emulators available on Windows that are basically programs designed to emulate different hardware and devices. The main goal of an emulator is to run all apps and games that are available on a certain platform, in this case Android.

The open source nature of the Android OS means that a whole bunch of emulators are available that let you emulate the experience on your PC, whether it be a desktop computer, laptop or even a Windows powered tablet. Of course, the speed and performance you get varies between the emulator, but the most popular ones are advanced enough to run an app like Snapseed with zero issues. 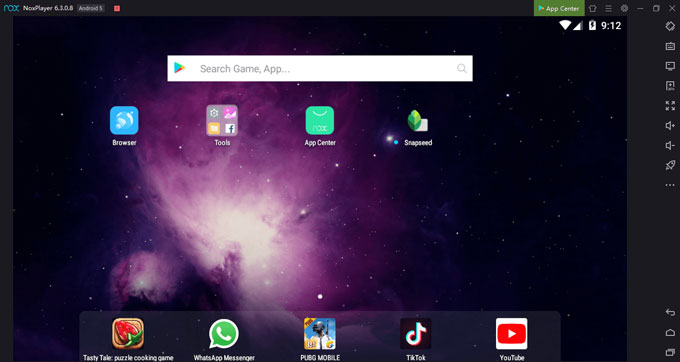 Download any of the popular Android emulators like Nox Player, BlueStacks, MEmu, Ko Player on your computer and set them up. You can even deploy whole Android environments on your PC if you want, which is basically akin to installing a completely new operating system. If this is your jam, then you can give Remix OS, Phoenix OS, or Bliss OS a try.

We will be using Nox to show you can get Snapseed up and running on your computer.

This is an emulator that specifically targets Android gamers. Since its performance is well suited for playing Android games like Azur Lane, Clash of Clans, Free Fire, OVERHIT and Ragnarök M Eternal Love, it works spectacularly well for a photography app like Snapseed.

Plus, the best part of the Nox emulator is that it is absolutely free with no sponsored ads at all.

Why get Snapseed for PC?

If you have followed along, you may be wondering whether it is worth it, going through all this hassle to install Snapseed for PC. Well, the answer depends on a number of reasons. But the thing is, if you are already a Snapseed user on mobile, then getting it running on the PC makes sense.

Not just that, Snapseed is completely free to download and use. Using similar programs on PC, at least those that offer similar functionality, can cost a lot of money.

Then there is the usability factor, too. Touching up your photos on a small screen is a difficult task, even with smartphone screen sizes getting larger by the day. Doing that same thing on a larger screen on your desktop computer or laptop will make fine tuning your photographs just that much easier to manage.

And besides, if you are editing photos take with a dedicated digital camera or DSLR, then it essentially is a waste of time trying to edit them on your phone. Images like these demand more attention to detail, and more precise editing, which the larger resolution and bigger displays on PCs are apt at.

Ultimately, while this is your decision to make, the package you are getting is hard to beat. Snapseed is used by countless people every day, and if you are to use the app to get the most of your photos, then might as well get an emulator to do the job.

Which is exactly what we will do next.

Time to dive into the fun stuff! Getting the Android version of Snapseed running on your PC could not be simpler, thanks to the ease and speed provided by the Nox emulator. There is absolutely no tinkering involved — no crazy setup, no confusing calibration to just to get the app running.

To start, simply download the latest version of the Nox emulator from its official site.

Install it, and the Android system will automatically be deployed.

Take a look around and spend a minute to familiarize yourself with the software. The thing with Nox is that it is very well optimized, not just for multimedia apps like Snapseed but for gaming especially. And the emulator is not just powerful, it is also very much customizable in that you can map keys to how you want them on your keyboard, and even map gesture controls.

Once everything is set up, it is now simply a matter of downloading the APK file of the Snapseed app for Android. You can do so from within the Nox emulator itself by logging into the Play Store app with your credentials. Or, if you don’t want to go directly, grab a copy of the app via any of the various trusted sources on the web.

Just drag the APK file into Nox, and it will automatically install and place the icon on the home screen.

Here are some screenshots of Snapseed running on PC via the magic of emulation on Nox: 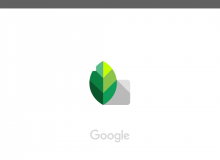 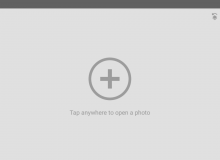 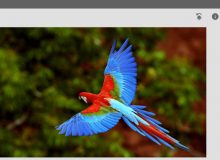 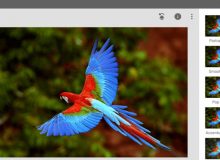 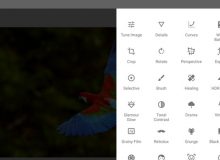 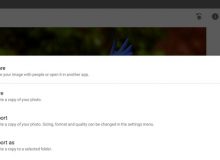 As you can see, this is the same exact Android app running on your desktop computer, laptop or even a Windows powered tablet. The main advantage here is that you get a large screen real estate to edit your images, and also support for keyboard and mouse to work on your designs.

Running the Android version of Snapseed on your Windows PC is no longer a dream. The power of emulation lets you use this remarkable app on your computer. Go ahead, give it a try, and make the most of its impressive design capabilities.