Did you know that Windows 10 has a screen recording feature built-in? Many of us use different screencasting apps or software that tend to wear our PCs down. But imagine what we could do if we don’t have to deal with any unnecessary screencasting software. I mean really Windows 10 has made out life much easier. We don’t have to look for other apps to do it but rather use one of our own.

Though it’s part of the Xbox integration known as Game Bar, it’s very easy to use. So let’s take a look at how you can use this easy, intuitive feature to get rid of the extra worries.

How to Use Inbuilt Screencast in Windows 10? 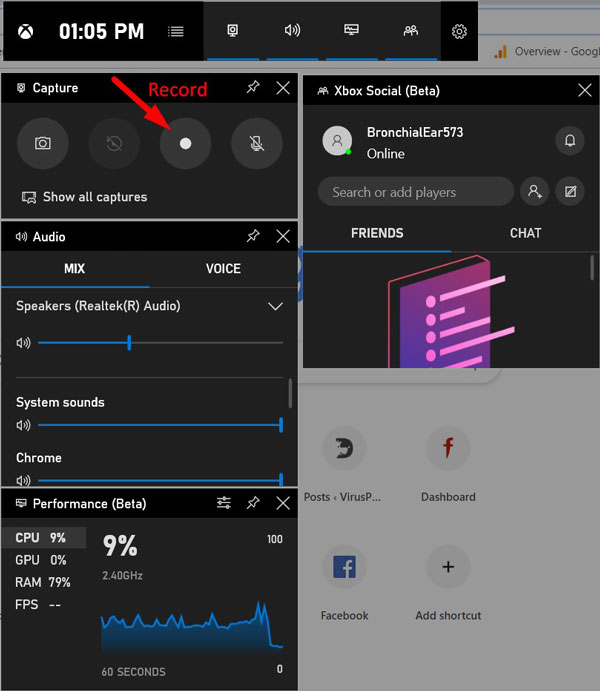 Now, this is the best part, after you have used the feature for the first time Xbox will remember the Game Bar setting in the app. So from the next time when you’ll try to open the same app, you can just start recording or screencasting directly without pressing Win + G to bring up the Game Bar.

And after that just press…

How to Change the Settings of Recorder?

You can always tweak the setting of the recorder. For that you have to: 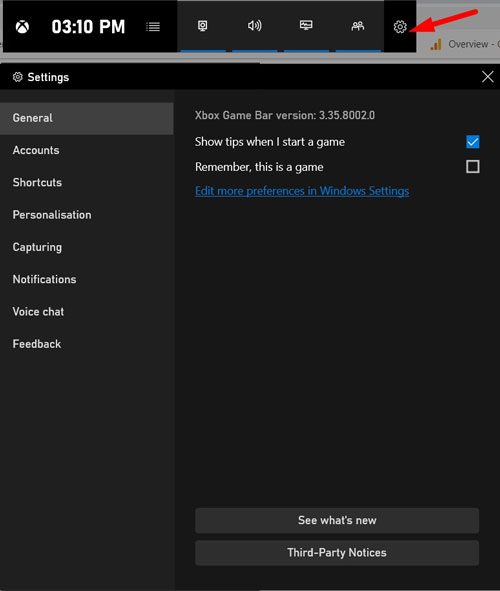 Now to find out where the video is being saved. The video is saved in the Captures folder in Videos as an MP4 format that you can play in any media player. So, you don’t have to worry about any conversion of the video file.

The recorded videos will also be available in Xbox under Game DVR, and if you want, then you can view or edit them right there. Pretty amazing, right?

Some Different Settings to Tweak

There are also different settings to tweak in the Gaming section in the Settings app. To visit, open Settings and then click on Gaming. You can change settings like…

One thing you have to remember is that by default the gaming record duration is set to 2 hours maximum. You can change this duration by visiting the Captures tab of the Gaming Settings. You can choose from 30 minutes, 1 hour, 2 hours, and 4 hours maximum. Earlier, you could only record up to 2 hours. So, people who need to record more took the help of third-party software. However, now Microsoft has increased the maximum capacity for recording up to 4 hours. 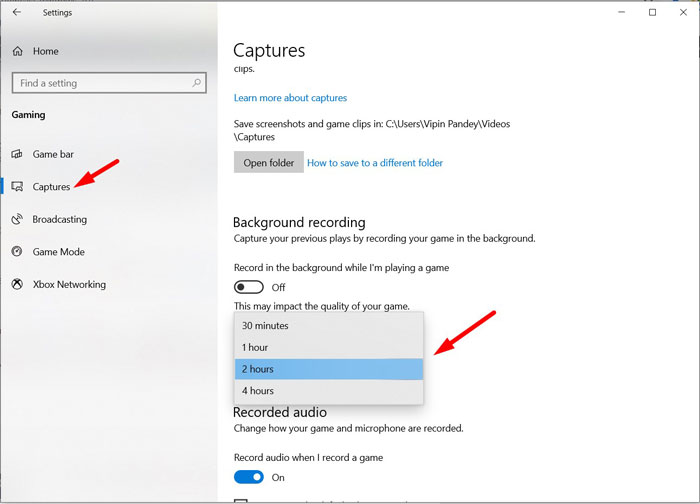 Though the screencast feature of Windows 10 takes it to a whole another level, it requires some specific hardware to do that. But you can easily find that out after you press Win + G.

When you see the recording bar if the Dot button is not working out, that means your PC doesn’t have the hardware requirements to use the feature. But you do meet the requirements you’ll have a lot of fun using the Screencasting feature of Windows 10.