Microsoft has been advertising their Edge browser to be safer than others. However, people have an inclination for Google Chrome. It’s so much that the first thing they do with Microsoft Edge is – download Google Chrome.

Not to get driven by the mass opinion or advertisements, how to find out the safest browser for Windows 10.

To support the claim made by Microsoft, it backs it up by saying Edge blocks 21% more SEM (Socially engineered malware) and phishing pages than Firefox. A report by NSS labs suggests that SmartScreen (security feature of Edge) blocked 99% of 304 SEM samples while Chrome blocked 85.8% and Firefox scored 78.3%. 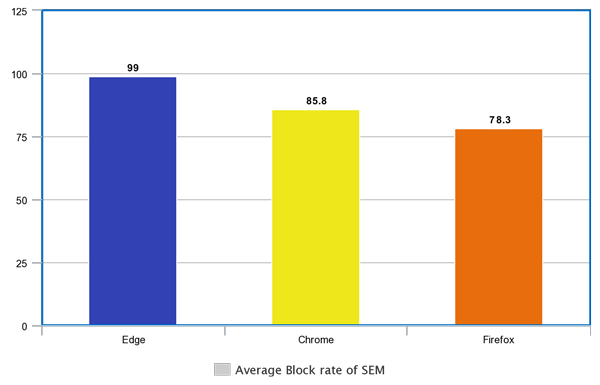 SmartScreen was introduced as a phishing filter in Internet Explorer 7 which improved eventually. What it actually does is check the website in question with the database of known good and bad websites.

If Edge was found detecting higher number of SEM and phishing pages, it simply means that Microsoft has a better database.

It is important to use a good antivirus program and anti-malware like MalwareFox to protect yourself in case something infiltrates through browser.

Coming to the point of Edge, it does block 21% more Socially engineered malware but that doesn’t mean you are 21% more secure. There is more to score to be called as Safest Browser for Windows 10.

A sandbox is a security mechanism for separating running programs, usually in an effort to mitigate system failures or software vulnerabilities from spreading. ~ Wikipedia

In web browser, it is implemented by running each tab as a separate process. These individual processes are restricted from interacting with other processes. So, if one of the webpage is causing nuisance, it cannot harm other running tabs or any running program on computer for that matter.

Google was first to implement Sandbox technology in Chrome browser but Internet Explorer too has implemented it fully since version 10 while Firefox included it lately in Quantum.

With release of Chrome 67, Google upped the game by introducing Site isolation. It offers a second line of defense to make such attacks less likely to succeed.  It ensures that pages from different websites are always put into different processes, each running in a sandbox that limits what the process is allowed to do.

For example: This page  on windowschimp.com that embeds ads from doubleclick.net will load content into two separate renderer processes, one for each domain. 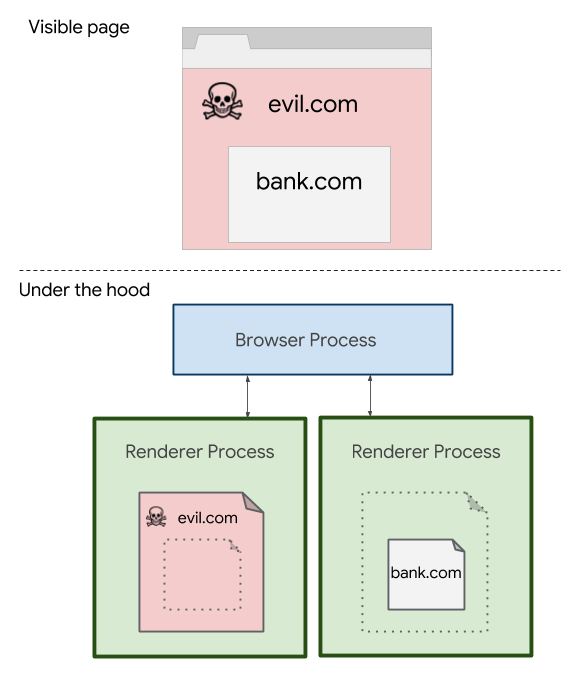 All three browsers have a privacy mode with different names but same function (InPrivate on Edge, Incognito on Chrome, and Private Browsing on Firefox). There are no traces of browsing history, cache or cookies once you end the session.

This doesn’t prevent websites or advertisers on other browsers from tracking you but Firefox has an advantage in this area. Firefox has a tracking protection which removes tracking elements from pages visited in Private mode.

Though all three browsers implement sandboxing, Google Chrome scores above all with Site Isolation feature in place.

The claim of Edge being 21% safer is good for advertising but not for practical application. Having a good second opinion scanner like MalwareFox can protect you from other attack vectors.

Firefox is more of privacy concerned browser. With Quantum, they have improved substantially in terms of performance and customization making it a choice of many users.

As far as Safety is considered, Chrome should be the #1 choice even though it comes at a cost of 10-13% additional memory usage.

Note: This article is intended and written considering only one point of view – safety.

3 thoughts on “Which is the Safest Browser for Windows 10 – Edge or Chrome?”