The problem with updating a driver in Windows is, most of the time it won’t go well. It could result in an error or low performance. Often developers try to introduce the new features with the driver’s update, but it doesn’t always work as they thought. If you recently updated the driver and facing issues, then you could roll back the driver in Windows 10.

30 Common Windows 10 Annoyances and their Fixes

Updating a driver often produces many issues, and that’s the reason most users don’t update their drivers. They don’t want to take any chances. However, sometimes they do it because of the promising features in the new update. If the new update isn’t working well for you, you can rollback it to the previous version.

How to Rollback the Driver?

Microsoft is aware of the consequences of updating the driver; that’s why they won’t remove the previous version of the driver when you upgrade to the new one. If the current driver isn’t working well, you can rollback to the previous one.

Windows doesn’t have the archive of all previously installed drivers. It only stores the previous version of a driver. So, if you have updated recently and it is not working, then it is better to rollback before you try another one.

To rollback the driver, you need an administrator account. Also, note that this feature won’t work with printer drivers. Follow the below steps to restore Windows driver to the previous version.

Step 1 – Right-click on the start menu and choose Device Manager.

Step 2 – Now you will see the Device Manager window with the list of all devices. Locate the device that isn’t working correctly after updating the driver. You need to expand the categories of hardware to locate the device precisely. Click on the small arrow button to enlarge. Then right-click on the device and choose Properties. 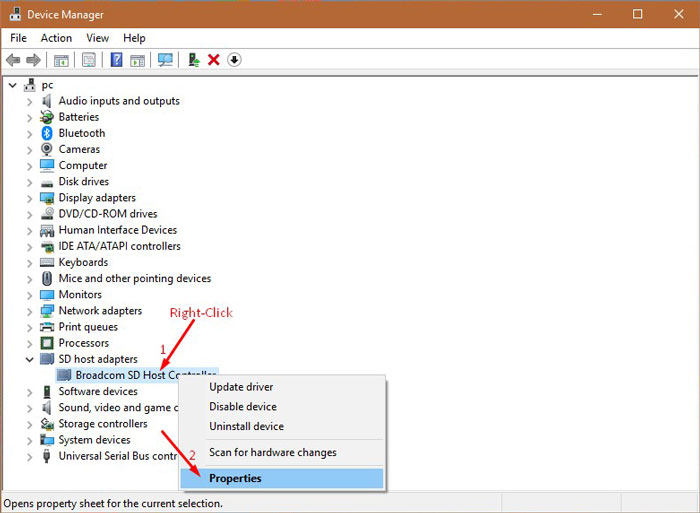 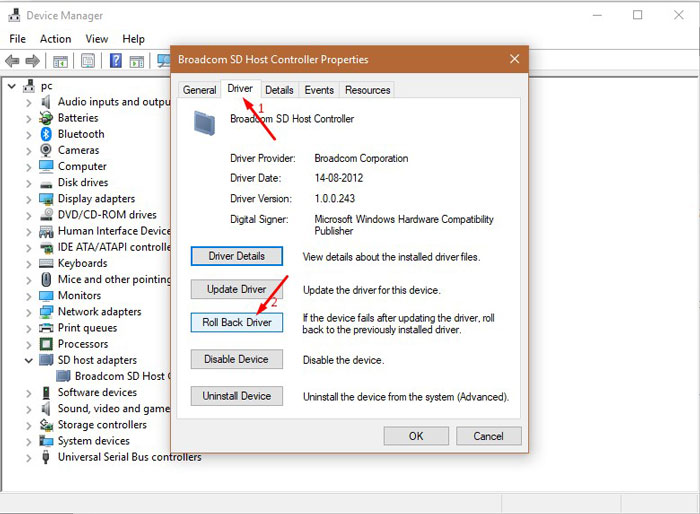 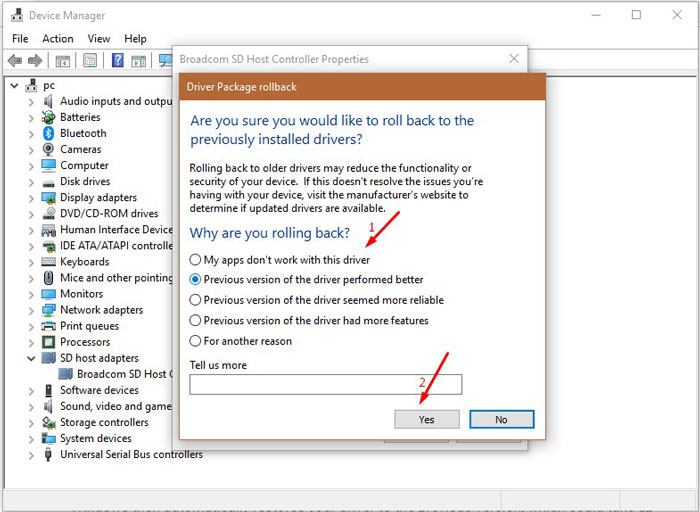 Note- If you see the Roll Back Driver button hidden or greyed, then it means that Windows doesn’t have the previous version of the driver. If you know that there is an earlier version of this driver, then you can directly install the old version. If there is no any, and you are facing the problem then check Windows 10 Drivers section or visit manufacturer website and download the latest one. 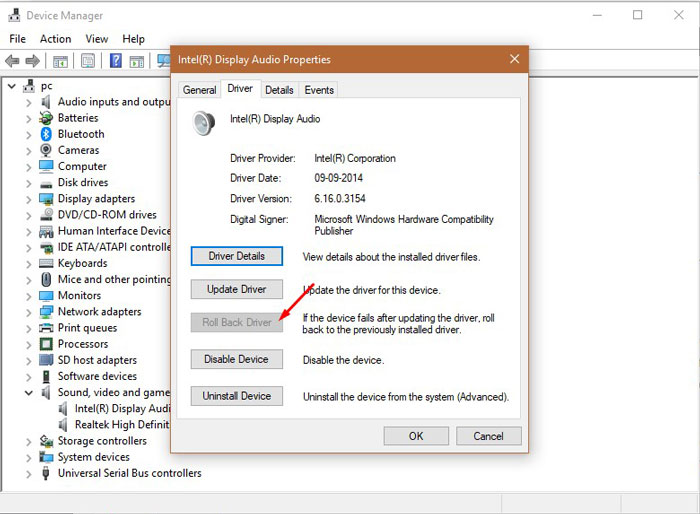