The announcement of the release of Office 2019 back in September last year got many people excited. Office 2019 is the next perpetual update for the Office family of applications. A lot of buzzes is building about its release, features, and system requirements. Here are a few things that we know so far:

What is a Perpetual License?

The release of Microsoft Office 365 signaled the beginning of the subscription-based payment system for the productivity software. Since then, Microsoft has been pushing aggressively towards the subscription service. The payment method allows the users to pay monthly or annually for the license to use Office 365.

The Perpetual License is a look back at the pre-Office 365 payment system. In the past, Microsoft used the term “one-time purchase” which describes its software license that is paid for with a “single, up-front cost to get Office applications for one computer.”

The Perpetual License works the same way in which you pay a one-time cost which gives you a license to use Office 2019 in perpetuity.

Microsoft hasn’t released a lot of information about the new features in Office 2019. In the last two releases, Office 2016 and Office 365, there are features which are only available in the subscription-based version.

During the announcement at the Microsoft Ignite in September 2017, the General Manager of Microsoft Office, Jared Spataro hinted at a few things in his blog post.

He said that the new version “will add a new user and IT capabilities for customers who aren’t yet ready for the cloud.”

It seems that the current Office flagship is still finding it difficult to convince some users to shift to cloud-based applications to enjoy the features of Office 365. The new version will include the standard applications like Word, Excel, PowerPoint, and Outlook. Additionally, server versions of Exchange, SharePoint, and Skype for Business will ship with Office 2019. These applications will include features from Office 365.

Microsoft is planning on releasing preview copies of Office 2019 in the second quarter of 2018. It will target organizations which are not using cloud Office 365.

Windows 10 April Update – What you Must Know 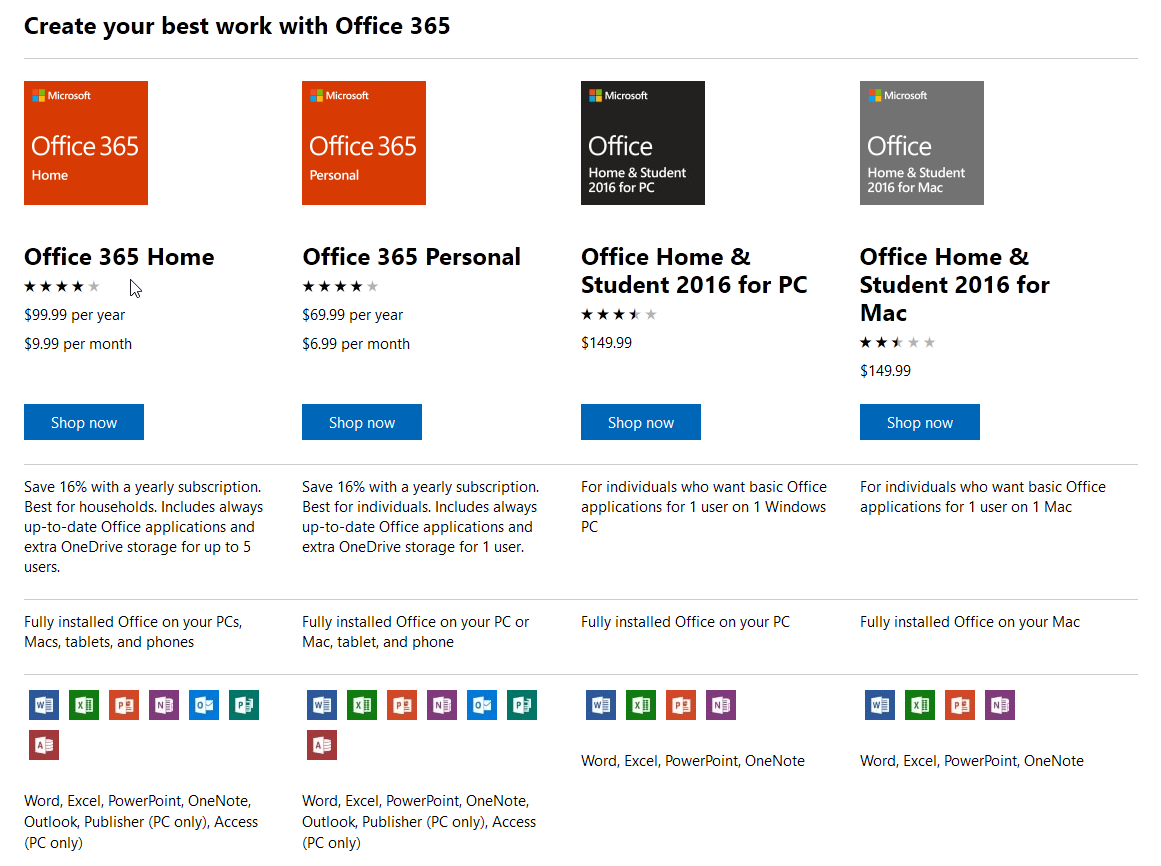 Microsoft seems to keep the details about Office 2019 in mystery even with its imminent release this year. There is no mention of specific prices yet. However, the last non-subscription version, Office 2016, is a reasonable estimate of the possible cost.

There are no new updates about the release date of Microsoft Office 2019 since the blog post of Spataro in 2017. The company is targeting the second half of 2018 for the release date. A preview version will be available by mid-2018 as well.

One big news coming out of the announcement of Office 2019 is the operating system requirement. It will only run on Windows 10. Yes, it means those still clinging to Windows 8.1 or Windows 7 will not be able to use Office 2019.

This requirement is relatively new as past versions of Office usually run on the previous versions of the company’s operating system. Or at least in the last two or so versions of Windows.

“Software that is more than a decade old, and hasn’t benefited from this innovation, is difficult to secure and inherently less productive,” Microsoft justifies.

“As the pace of change accelerates, it has become imperative to move our software to a more modern cadence.”

Also, the New Office will not be shipping using the older MSI installer. Instead, it will use the Click-to-Run installer, which Office 365 currently uses. Only the server applications will come in the traditional MSI installer.

What will happen when Windows 10 Support Ends

What does this mean to you? Well, using Office 2019 will require you to have Windows 10. For those already using the current Windows operating system, there is no extra worry aside from regularly updating Windows 10. However, Windows 8.1 or Windows 7 users will need to decide if the new Office is worth the upgrade to the current operating system. Furthermore, notice that the extended support for Office 2019 is made to coincide with the end of the Office 2016 support. It is more likely that Microsoft will push for the subscription-based cloud solution after the retirement of the two perpetually-licensed Office. We will keep you updated as Microsoft releases new information.

What 2018 Will Bring New in Technology?

Allan Jay is a web developer who loves to read and watch tech reviews, especially cutting-edge technologies. He likes exploring and taking photos of the places he visited.