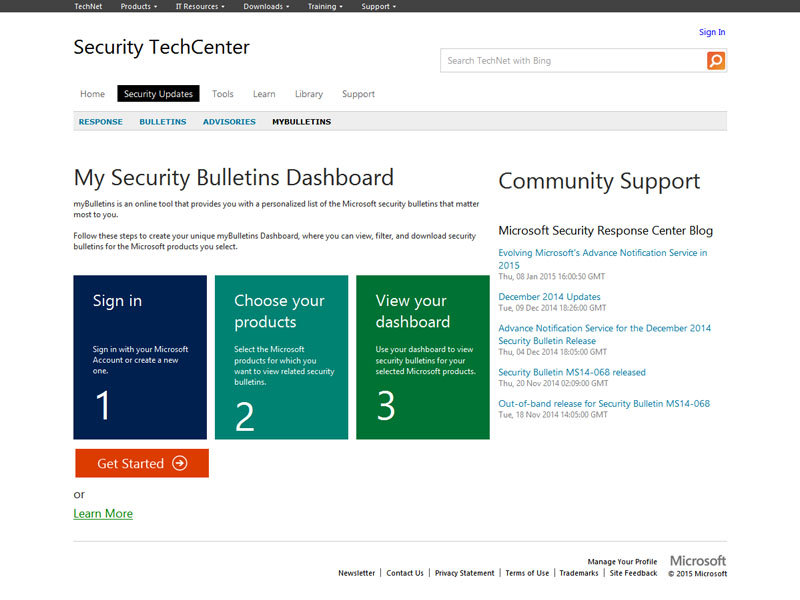 Well, this is unexpected! Microsoft have decided to stop releasing advanced security notifications before Update Tuesday patches, at least publicly. 2015 is off to fine start, then.

The company says that customers do no longer want these notifications.

In case you’re not aware of these, the software titan posted security notifications in advance letting users and system administrators know which applications and platforms would be patched in the next Update Tuesday (formerly known as Patch Tuesday) rollout.

This handily useful practice started more than 10 years ago, when Microsoft officially introduced the Patch Tuesday program to help fix security issues and provide updates to its software solutions.

But user behavior has changed, says the company in a blog post:

So basically people no longer want this information in advance.

Those that do have other channels available to them, which they can use to get information on the Update Tuesday releases that Redmond has lined up for them. This myBulletins paid service provides these details for each user based on the software that they have running on their computers.

While these advanced notifications were nothing major, they were still a good initiative.

And like most good things in life, they had to come to an end.

2 thoughts on “Microsoft Puts An End To Advance Security Notifications”