How’s that for a little scare! Intel has confirmed that it will be launching a new lineup of CPUs with improved performance to take on the AMD Ryzen series of chips that are arriving soon.

And promising to deliver some amazing price and performance levels.

Perhaps, this is why the chip giant was overly confident when asked about the competition.

In any case, these are some neat developments for the stagnant PC market that needed a kick of this sorts from the hardware giants. End users are the ultimate winners in all this, at the end of the day, and it also drives innovation forward.

Intel revealed this during an investors meeting that they expect good performance gains from their new 8th generation chips, the Core i7-8000 series that would deliver increased throughput on their current 14nm process node. 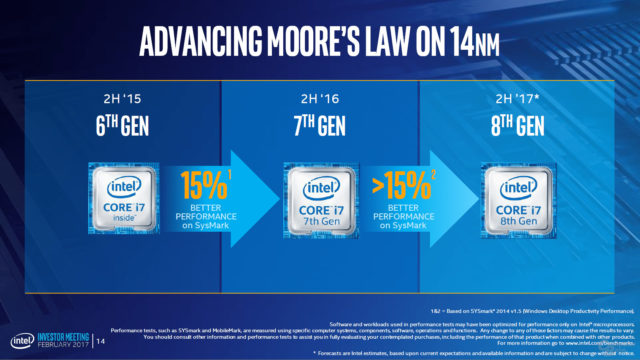 According to the company, its new processor family is going to be 15% faster than current processors, and will also utilize an updated version of the 14nm manufacturing process. In fact, Intel calls the whole process ‘Advancing Moore’s Law on 14nm’. 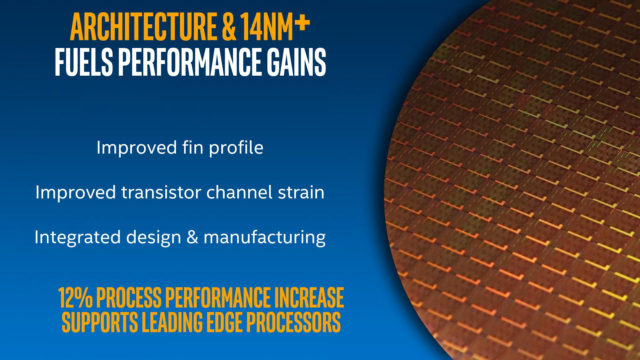 Which basically means that these are not part of the 10nm Cannonlake family that are expected to launch on mobility platforms by the end of the year, with desktop chips becoming available early in 2018, according to most estimates.

These would be branded as Core i7, i5, 13 8000 series, and will replace the current 7th generation family that is on the market under the codename of Kaby Lake. 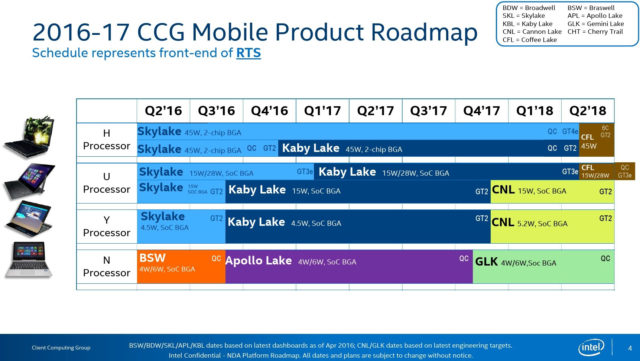 So, while technically, these could well be several existing product lines branded as something new, it is not an architectural update, but a response to the threat that AMD has been cooking up with its Ryzen processors — previously codenamed Zen.

Either way, it looks like we are looking at another generation of 14nm processors from Intel in 2017.

How’s that for a little scare!