Time for a blast from the past! If you are fortunate enough to be using computers in the good old days of the 90s, then HyperTerminal is sure to be a familiar name for you.

This was a sweet little communication program in those vintage versions of Windows, an application designed to connect with everything from remote computers to bulletin board systems. It could even be used to control the serial devices on your PC.

However, like all good things, the HyperTerminal journey came to an end with Windows XP, which was the last version of the OS that bundled the program. Yes, there is a selection of alternatives available now that fill in this gap. But nothing beats the original — not when there is a way to get it working on new versions of Windows without much hassle.

Let’s take a trip down the memory lane and see what HyperTerminal offered, and how you can get the program running on your shiny new Window 10 computer. 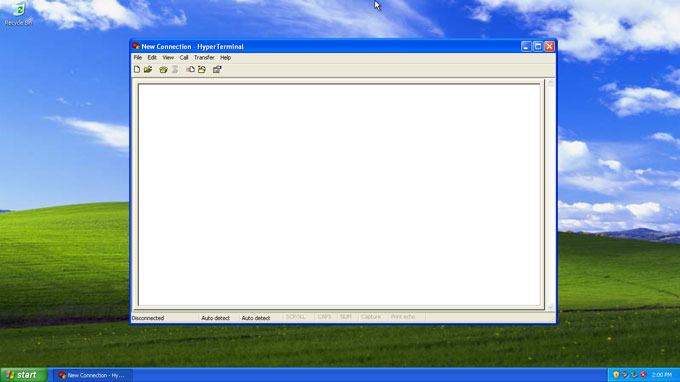 HyperTerminal for the win!

Before we move onto the juicy bits, let’s spend a minute to clear what HyperTerminal actually was, and what it helped users do. Things may a get a little technical here for those of you out of the loop that have never used terminal to access other systems and network, but we shall simplify wherever possible.

In the simplest of terms, think of it as a terminal emulation software — in that it allowed your computer to communicate with other systems that allowed text-based access for either display of information or transfer of files.

You may have seen classic movies and TV shows use this terminal technology to get things done. And, in fact, before the advent of Windows and the popularity of visual user interfaces, this was the dominant form of connecting and retrieving information on different systems.

Now, HyperTerminal, was basically an application that simplified this communication, all under one roof. 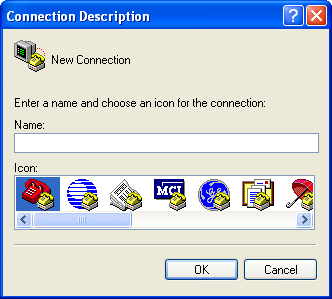 It helped users in communicating with COM ports, remote computers, Telnet websites, BBS chat systems, or even simply perform TCP/IP operations. The program also allowed for the control of all your serial devices using the Ethernet or Modem.

It definitely was a fan favorite!

Even though this was a mainstay program for many in Windows 98 and Windows XP, HyperTerminal was not actually developed by Microsoft. It originally took shape at a company that goes by as Hilgraeve. And surprisingly, it actually still sells this program right now.

Or rather, its family of terminal emulation software better known as HyperACCESS.

This was the first software product from Hilgraeve, which was ported over to IBM PCs and compatible systems in 1985. In 1995, the company licensed a low-end version of this program to Microsoft for use in their set of communication utilities, and it was bundled with Windows 95 through Windows XP.

Unfortunately, as mentioned above, it is no longer available in newer versions of the operating system like Windows 7, Windows 8 and Windows 10.

People surely miss the feature, but there are alternatives available now that perform the same tasks like connecting your PC to any remote computer. Microsoft has even transitioned some of its functionality to applets and other utilities.

Why was HyperTerminal removed?

By now, there probably is only one thought in your mind: If HyperTerminal was such a handy utility for connecting to other networks and troubleshooting the system, why was it removed in the first place? And why did Microsoft not develop an improved version?

Well, there are some valid points for the software titan behind the discontinuing of HyperTerminal.

Three of them, in fact. 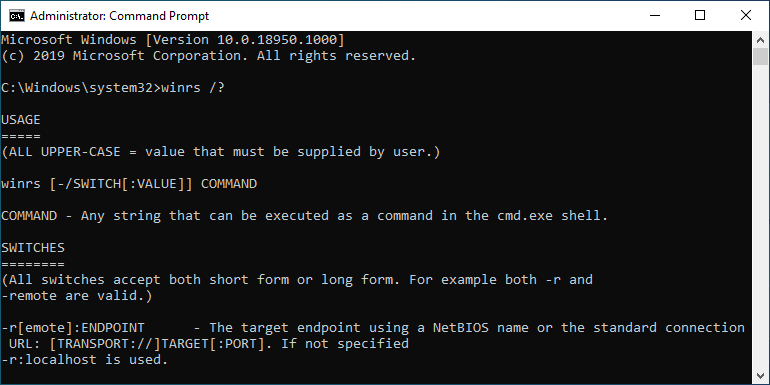 First off, shell access was transitioned to Windows PowerShell and Windows Remote Shell command, the latter of which could actually be used directly from the Command Prompt. So, if you only need remote shell access, simply open a command prompt window and type the winrs /? command.

This is basically an SSH replacement that allows remote command line access over an encrypted connection, with support for the SOAP protocol. Microsoft details this command here. 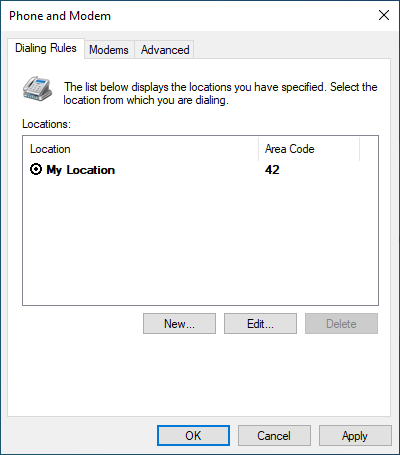 Along with that, the modem troubleshooting component of HyperTerminal was packed in the Phone and Modem option in the Control Panel. If you used HyperTerminal to troubleshoot modems, then this applet is the place to be.

Simply go to Control Panel, click on Hardware and Sounds, and then click on Phone and Modem Options. All you have to do here is to provide information about your country and region, area code, carrier code and all that fun stuff to be on your way. 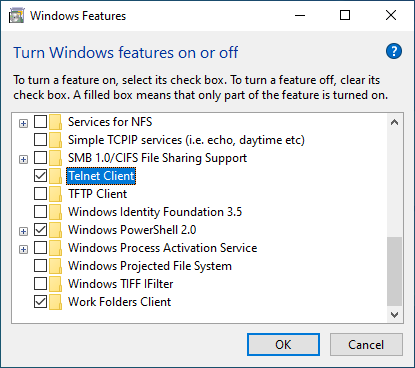 And finally, if Telnet was your jam, then you can enable the Telnet client for Windows, right from the Turn Windows features on or off panel in the operating system. This text-based program is still included in the latest version of the OS, and can be used to connect to other PCs over the Internet.

Hopefully, these three options fulfil your HyperTerminal needs, or get close to it.

They are the primary reasons why the built-in HyperTerminal program was removed in Windows. These, and probably, the licensing and royalty costs prompted Microsoft to get rid of this handy little utility, instead of upgrading and modernizing it further for modern times.

Get Windows XP HyperTerminal on Windows 10

If you recently upgrade your PC to Windows 7 or later versions from XP, one of the features you may miss from Windows XP is HyperTerminal. And the best part is that you don’t need to downgrade your operating system to use the program.

But if you insist on getting the HyperTerminal included in Windows XP, that very same solution, then you can do so with your current version of the operating system. It all comes down to copying a couple of files, and running them on whichever version of Windows you are running.

There are a couple of ways to go about it.

If you have access to an active installation of Windows XP, then all you need to do is copy the two system files associated with the Windows XP HyperTerminal program. 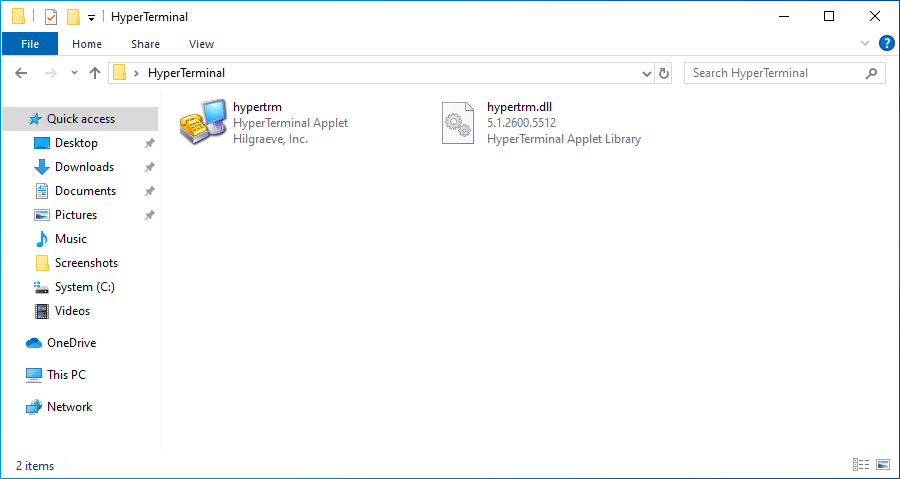 These first one is the executable itself, hypertrm.exe (located in C:\Program Files\Windows NT\), and the second is the dynamic link library, hypertrm.dll (found in C:\WINDOWS\system32\). Copy these two files, and save them in a new folder on your Windows 7, 8 or 10 PC, and ensure that they are both in the same location.

Double click the executable to run the classic HyperTerminal program, and be on your merry way.

Additionally, you have the Windows XP CD, you should be able to find both these files in the i386 directory on the disc. A final, but slightly riskier, alternative is to download these two files from the Internet. Just be sure to get them from a safe and reliable source.

If you can’t live without the original HyperTerminal, the solutions listed above will get the job done. However, the world of computer software being so dynamic, new applications always arrive to fill in the gap left by old ones.

There are several alternatives for your modern version of Windows if you want to perform the same HyperTerminal tasks (connect the computer to any remote computer). 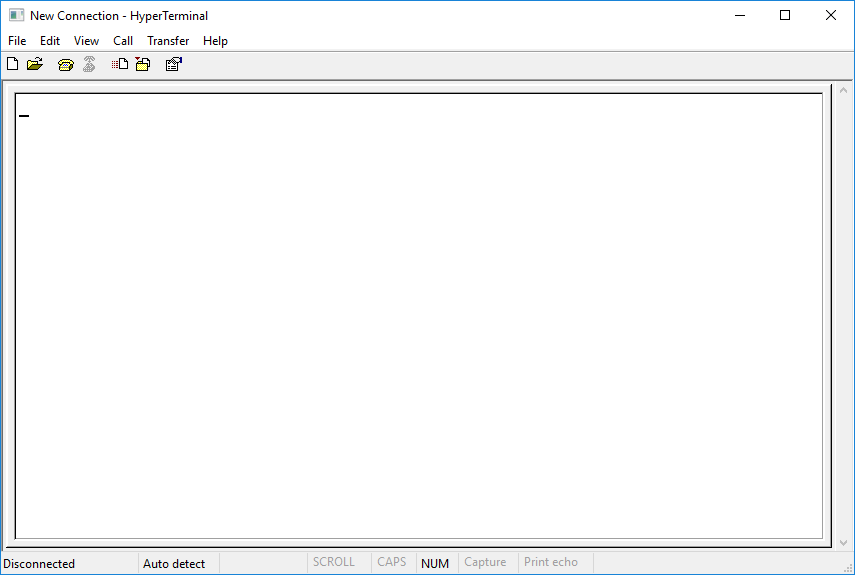 Straight from the original source, HTPE is the latest iteration of this Windows terminal emulation program. You can use it to manage TCP/IP, serial COM ports, and dialup modems. HyperTerminal Private Edition also allows you to chat directly to different devices using the serial ports.

And like the original, it can also send and receive files, though that is not as much a consideration these days in the age of cloud. HyperTerminal is a paid, commercial program that costs $64, which is a bit steep considering the free alternative vying for your attention. But a trial is available for a test drive. 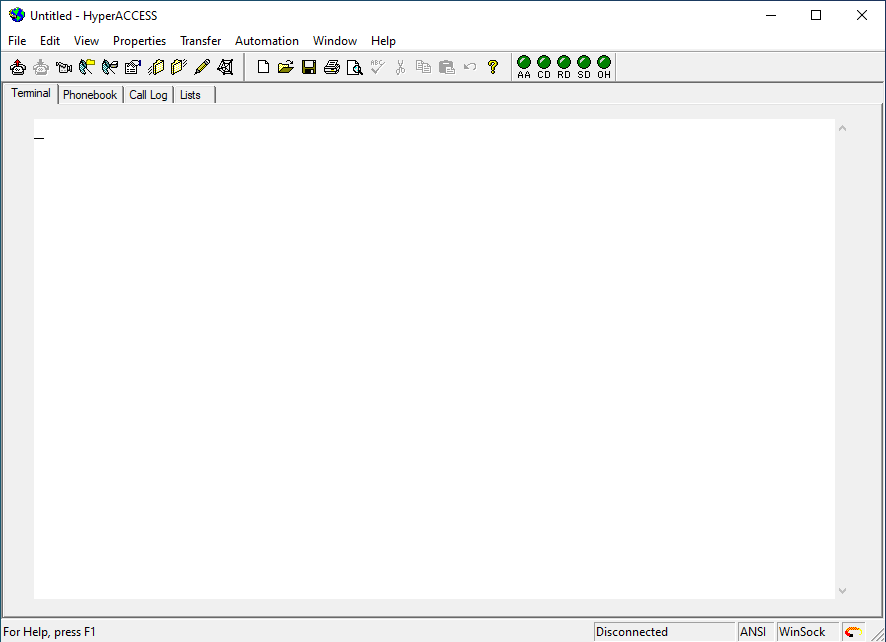 The successor to HyperTerminal, HyperACCESS gets the capabilities of the original, and then some. It packs in support for additional terminal emulators and file transfer protocols, as well as the ability to repeat and playback logons and repetitive steps via scripting.

This makes it one of the best programs for system administrators and developers. Admittedly, at $164 it’s quite expensive. But those of you that have grown with HyperTerminal and want something with a similar look and feel to that classic, then this one may be worth its weight in gold. Try the free trial. 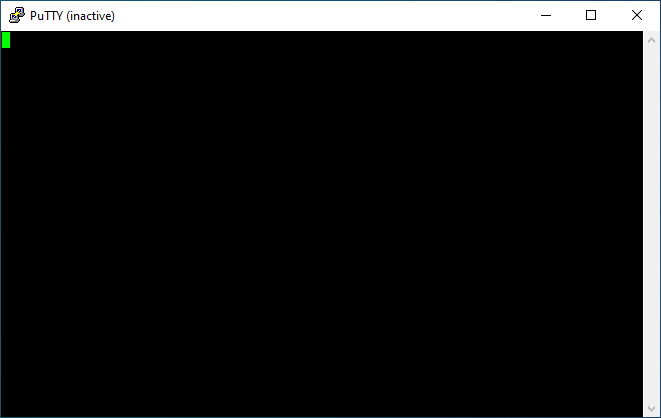 The most popular alternative, PuTTY is a free and open source terminal emulator originally developed by Simon Tatham. It provides a combination of Telnet capabilities and SSH abilities. You need to have a COM port on your system to really use PuTTY, though.

Overall, though, usage is very easy thanks to its simplified and neatly designed interface. Perhaps the best one around, all things considered. PuTTY is also available for other platform, including Windows on ARM. Perfect for web developers for connecting to a VPS or other remote and web servers. 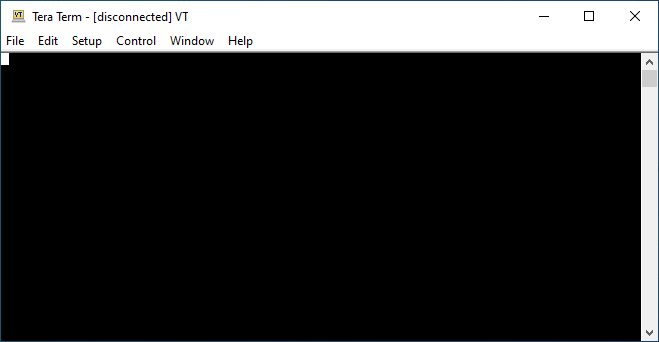 This is another free, open source terminal emulation solution with a built in SSH module. It supports new and old technologies like IPv6, SSH1, SSH2, as well as connectivity using Telnet, serial ports. Not many applications offer support for these — particularly the latest version of SSH2.

File transfer protocols are aplenty too in Tera Term, including all the popular ones like XMODEM, Kermit, ZMODEM, and B-PLUS. A properly maintained project, well worth a look. If you are going the free route, then it truly is between PuTTY and Tera Term. Check both out, and then make your choice.

HyperTerminal, back in the day, was one of the most used programs on Windows. Its popularity waned with the rise of newer communication protocols and technologies. But it comes as no wonder that people still have a need for this program.

Whether it be for secure shell access to other computers, troubleshooting their network connections or modems, or even controlling their old peripherals that work with serial ports.