Death and taxes may be the only two things in life that are certain. But in the technology world, it is a given that you will run into installation issues here and there while deploying Windows 10 updates.

Yes, Microsoft has made massive improvements to the Windows Update service. But the sheer complexity of the process means that users often run into errors when upgrading their computers.

Although a number of different fixes are suggested for this scenario, we have discovered the best one that works 100% of the time. Let’s take a look.

How to Repair Windows 10 Installation (Without Losing Data)

Before we get down to fixing the issue, a few words about the Windows Update platform itself, how it works, and why it often ends up with problems during deployment. The main factor here is that the Windows Update workflow is very complicated, with four core areas of functionality — Scan, Download, Install, and Commit.

Microsoft recently put up a handy little document that goes over the working of its update module in details on Windows 10. It’s a worthy read for the more technically-inclined among you. 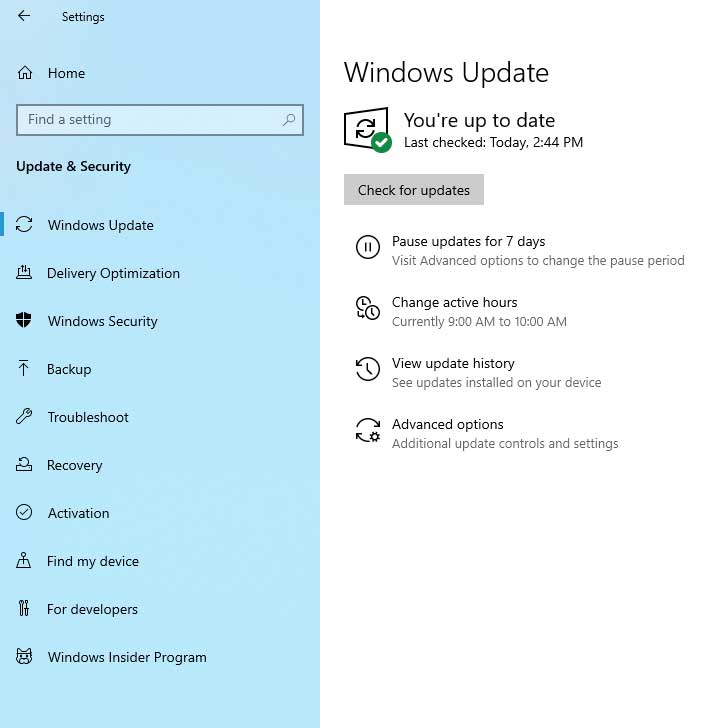 Basically, a multitude of things happen whenever you press the Check for updates button. Your computer is connected to the Windows Update website, and it is scanned to see whether any fixes, patches and security updates are available for you. The service also keeps tabs on whether a new version of Windows is available for your OS variant. Same goes for any additional software that you have installed, like the Office suite. In addition to all this, the Windows Update service also tries to figure out if any updated drivers have been released for your PC, and downloads them if it finds any.

And as if the all this was not complicated enough, you have multiple variants and different versions of the Windows operating system to deal with, old and new. The earlier versions like Windows 7 have a completely different update procedures than the current one, Windows 10. 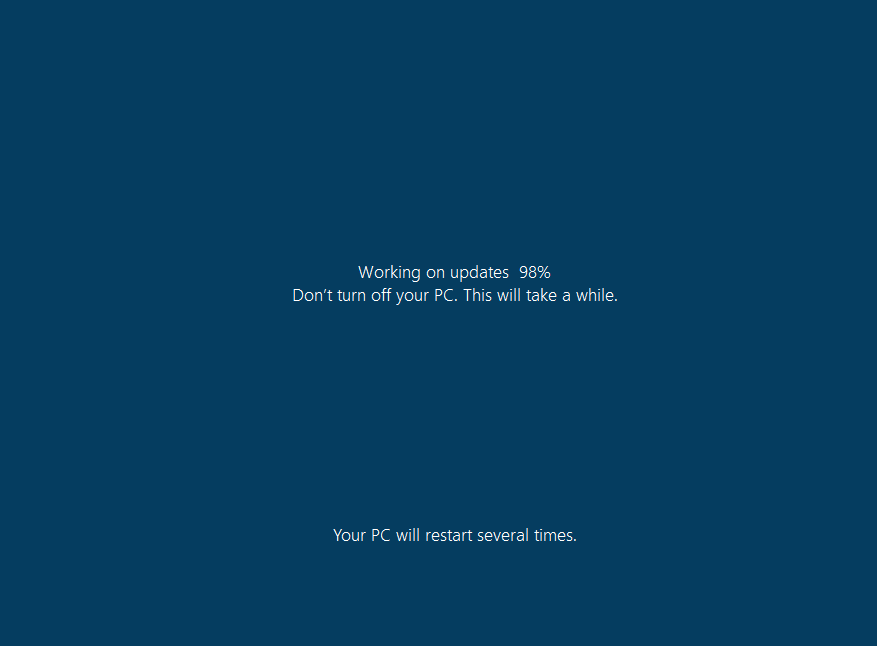 You also have other updates that happen at their own schedules, like those for Windows Defender, the Service Stack updates that change the programs that install updates, as well as drive updates, Surface firmware, and whatnot.

Add in the deal with the Windows Insider Program, and the new Insider preview builds that are released almost every week, and you can imagine the heavy lifting the Windows Update service has to do to.

Mind you, all this is theory. Things are much messier in practice. The process to update your systems can cause problems every now and then. Then there are settings like Delivery Optimization that downloads the updates from other PCs, as well as features like Active Hours to further complicate matters when it comes to updating your systems. 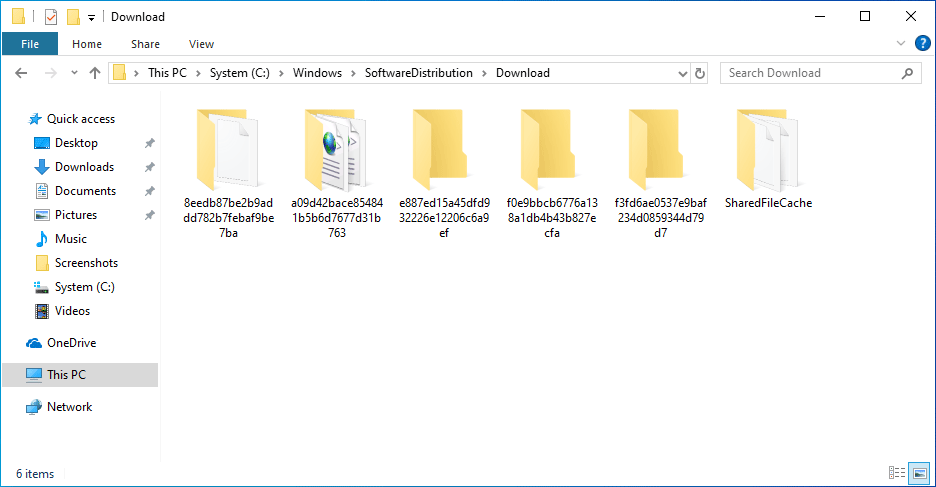 If you encounter these issues, one simple way to get around them is to delete the SoftwareDistribution folder, which contains the files that Windows Update uses to apply new updates to your computer. This should be your first line of attack to fix any issues with the update service, and get it refreshed by downloading files again.

You can find the files in C:\Windows\SoftwareDistribution\Download.

Simply select everything in this location by pressing Ctrl + A, then hit the Delete key to remove the update installation files from your device. Windows Update will download these again, and hopefully proceed correctly with the installation this time.

But what for the cases when everything seems to download fine, but the process gets stuck? The only message you are treated with here is the one that says Pending install next to Status in the Windows Update panel.

That’s it, no other details, no error code, nothing. 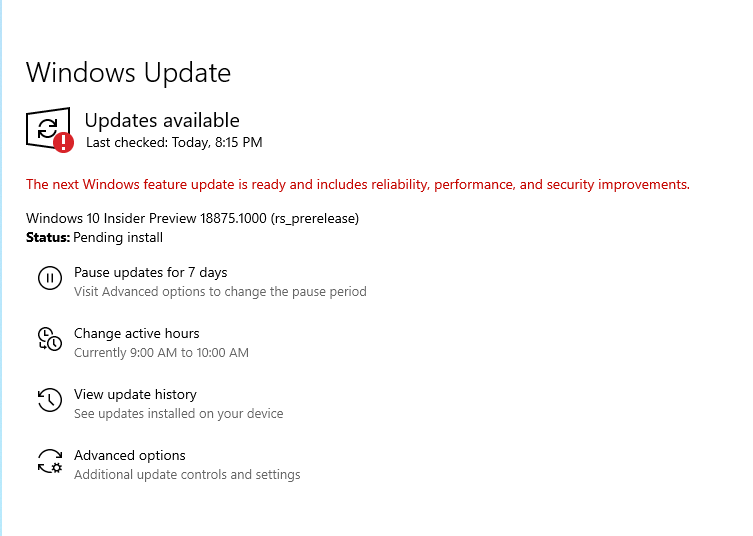 This pesky little issue can either arise due to a conflict with the policies set up by your system administrator for your computer, or due to a variance with the Active Hours timings that you have punched in. Some random switch in Windows can also result in the update service waiting for it clear before getting on with the deployment of the updates.

Sometimes this issue goes away after a restart. But quite often it can linger on for hours or days on end, with no easy solution in sight. And this can get pretty irritating, particularly for those of you that want to test the Insider preview builds that Microsoft releases almost every week.

Luckily, an enterprising developer that goes by as Manuel F. Gil has coded a powerful little script that has the answer to this annoying little problem. Called the Reset Windows Update Agent, this script is housed on the official Microsoft TechNet repository.

You can download it from the link above, it is a mere 7.86 KB file.

As the description makes clear, this script resets the Windows Update Agent in order to help resolve issues with the Windows Update service. It runs on pretty much all versions of the operating system, Windows XP and up. Even Windows 10 Insider Preview builds are supported, and we tested them fine when the Pending Install issue popped up on our test system. 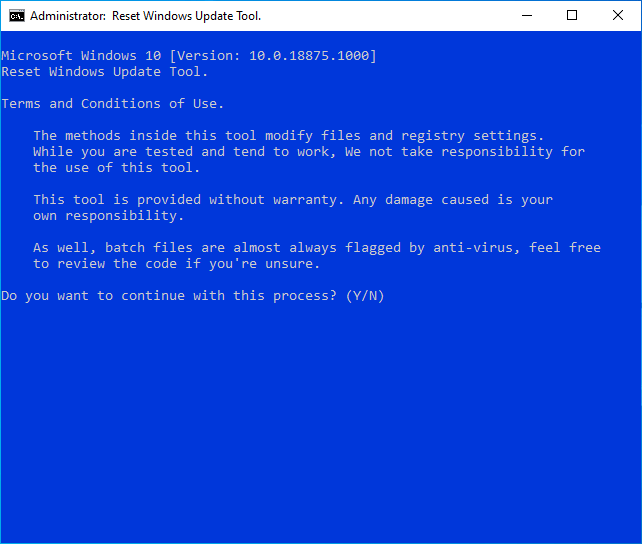 Simply extract the ZIP file, and you will find four files in the Reset Windows Update Tool folder.

The ResetWUEng command file is the one you need to run, as Administrator.

It works in a command line interface, but easily allows you to scan, detect, and repair all kinds of issues with Windows Update. You can also use it to scan all your protected system files, and change invalid values in the Windows Registry, as well as reset your Winsock settings, among other things. It can also search for your product key. 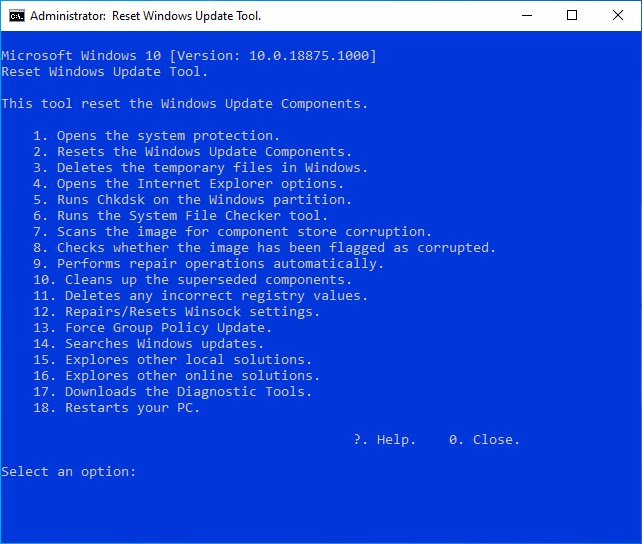 Simply run the file as an Administrator, press Y to start, and then enter 2 on the next screen with the options, and hit the Enter key. This will reset the Windows Update components, and solve most of the issues with the Windows Update service — from random errors to Pending Install issues.

Updating your Windows installation sounds like a simple process, but there are complications involved. Some of these are often beyond your control, and require you to go in with a fresh slate.

The reset tool above does an excellent job of refreshing the whole process. And the best thing is that it does it all in one window. Of course, you will have to download the patches and update files again. But it’s a small price to pay for what, truly is, the solution for almost all of your Windows Update problems.