Well, you must have heard about Adobe Reader by now or use it on a regular basis. It’s a program we all use for opening up PDF files and read it. But do you need Adobe Reader to open up your files?

It’s highly unnecessary for that matter. Well, it’s the last application you would want on your PC. Not only it’s cumbersome and slow, but it has some significant security issues. It will never be a day to day right application for average users.

Though, it has improved than before in the last couple of years. But it still hasn’t recovered enough.

So, what can you do? Do you need it or not? The answer would be that you probably don’t need Adobe Reader at all. With all the new updates of browsers and Operating Systems, you basically should have a built-in PDF support.

Adobe Reader does have some features such as the ability to digitally sign documents. But these features can run JavaScript codes that lead to security holes. So, it’s better to stick with the secured ones that are faster than this instead.

How to Encrypt Files and Folders in Windows 10

Browsers that would also serve as PDF Reader

Google Chrome is the most popular browser nowadays. So, there is a good chance that you already have it on your PC. Google Chrome has many features including serving as a PDF reader. It can work as a local PDF viewer.

Also, it has an integrated PDF viewer, so you don’t need to install any plugins or extensions to get it to work. Google introduce it in the Chrome browser in 2010. Though, it has insufficient features such as zoom in, zoom out, and Rotation.

So, it’s no hardcore PDF reader or editor, but it can get the job done if you only have to read it. 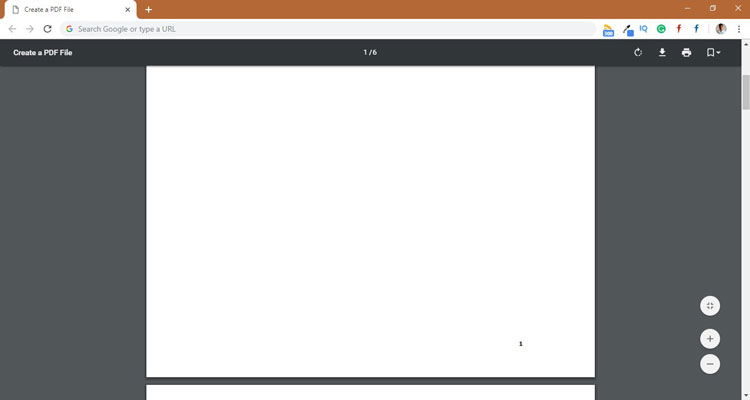 Though, the main thing about it was that its super-fast and would not take up any extra space. You can quickly surf the internet and even view PDF files!

If you want to set it as the default one, just Right-click on your PDF file and then select properties. Now Select Change and later Google Chrome and Apply. 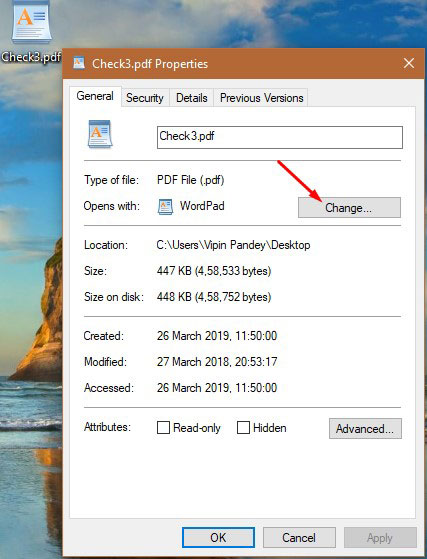 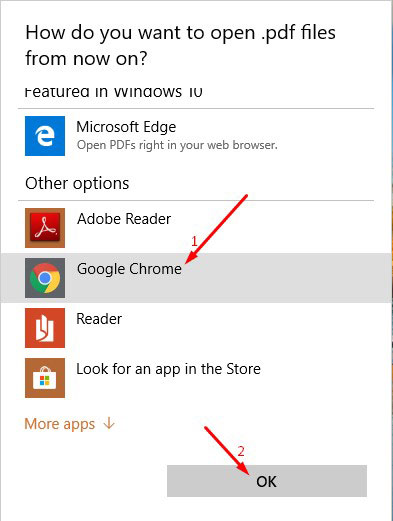 Note: You can use the same method for setting up Firefox, Microsoft Edge, or any other PDF reader as the default app.

How to Screencast in Windows 10 using Inbuilt Recorder

Just like Google Chrome, Firefox also has an integrated PDF viewer. In fact, Mozilla adds this feature way back in Firefox version 19. Though it was added to Google Chrome but it still has minimal features.

Only zoom in, zoom out, rotation, sidebar and printing options are available. And the best thing is that it’s not even a browser plugin. But instead, it’s written in JavaScript. It’s the same scripting language as the web pages you open.

It helps with adding more security benefits for you than Adobe Reader. As it’s entirely secured in the same way, a web page is. So, you don’t have to worry about the loss of any documents. 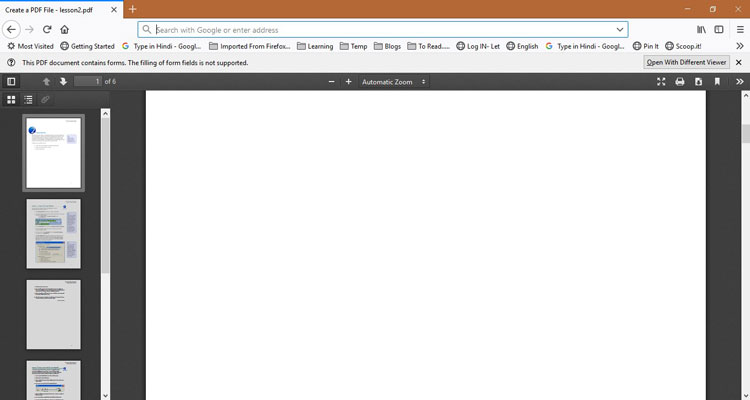 How to Clear Clipboard in Windows 10

Microsoft introduces Integrated PDF feature in Windows until Windows 8. Though there is a Modern app called Reader that can serve as the alternative. But there’s also Microsoft Edge that can open up these files.

The Reader now doesn’t come up with Windows. However, it’s available in the store, and you can quickly get it. It’s free, fast, efficient and has all cool features of Adobe Reader. It can even display two pages at a time.

It will work similarly as Adobe but with better security measurements.

Note:- Microsoft has now discontinued this app and fully shifted to Microsoft Edge for PDF viewing. 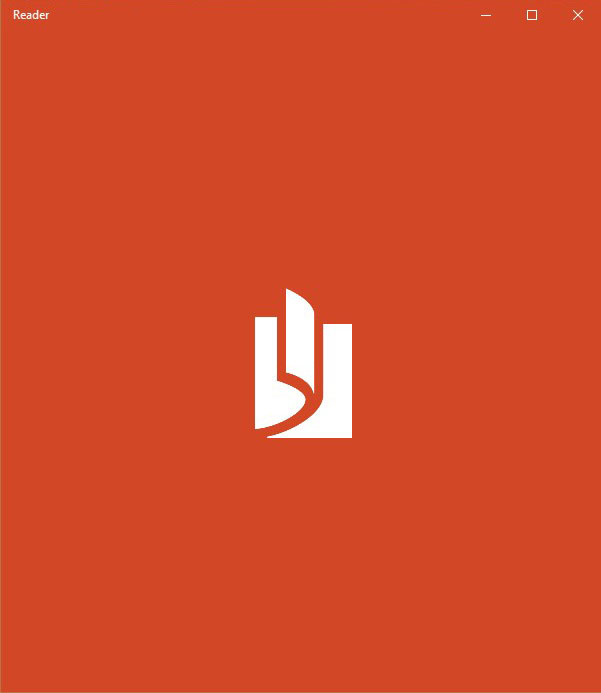 Windows 10 has brought up an integrated PDF viewer. And it’s Microsoft Edge. It’s another browser that will let you open up those PDF files without a fuss.

By default, it is selected, but you can change it if you want. Though it has limitations as Chrome, if you use Edge as your browser you won’t need any extra software for opening these files. 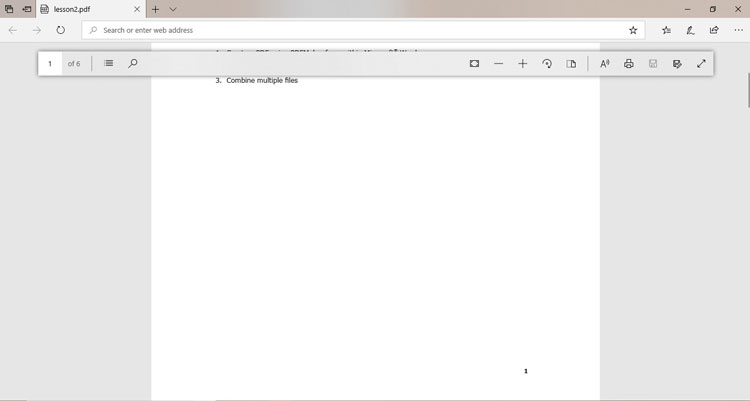 How to Reinstall Microsoft Edge in Windows 10

Even in Mac, Linux, iOS, and Android, you won’t have to use Adobe Reader. In Mac, you’ll have Preview, and in Linux, you’ll get Okular or Evince, depending on the environment.

Androids, iPhones, iPads have a built-in PDF viewer. So, no worries there. You’ll always get a better option in every OS.

There are also some great PDF readers available if you want more features, such as Foxit Reader, Sumatra PDF, and Nitro Reader they are all quite popular and becoming more popular day by day. All of them are fast and lightweight.

If you want lightweight PDF reader you should go for Sumatra PDF. It’s been around for some time now and has evolved tremendously. I’m sure after using this one up you won’t even ask for replacements.

Foxit is another favourite reader after Adobe. It has some extra features that the Sumatra lacks. Though not as fast as Sumatra but it still is an excellent option for you to try out.

It’s a full package. Whether you want to open up a file or edit it or even make one from scratch, this will always be the right one for you. One of Nitro’s best features is the Split screen option, which will allow you to compare two PDF files side by side.

Alternative PDF readers can close the gap that Adobe had, with so many free options to tweak around you’ll love the alternatives more. Although, the majority of PDF files don’t need any editorial tweaking instead of just viewing.

These alternative PDF readers can genuinely be more secure than Adobe Reader. The security vulnerabilities in Adobe Reader don’t affect these PDF readers. So, you can quickly try them out. No need for you to stick with Adobe reader anymore.

Now that you know why you don’t need Adobe Reader or Acrobat anymore, you can quickly switch to other options. I have outlined why it’s no longer necessary to add an extra plugin to your browser.

Now almost majority of browsers have this feature to view PDF files without any extra extensions. On the other hand, there will always be some app or support in your OS to help you open a PDF file. So, it’s entirely unnecessary to stick with a faulty app now.