Microsoft launched the Windows 10, back in July 2015. Thence, they even offered free upgrades for the Windows 7 and 8/8.1 users, driving almost all of them to the new platform. Talking about the latest version of the OS, one characteristic tweak we got with it was its Lock screen. Earlier this year, Microsoft users were alarmed to see some, Windows 10 Lock screen ads popping out.

The Windows 10 Lock screen is the first thing that will welcome you, every time you get into it. It holds a bunch of interesting settings. You can set your favorite wallpapers, put-up your frequently used apps on it, to quickly access them, even before you log-in to your computer. You can even chat with the Microsoft’s VA Cortana at the Lock screen.

But then came the Windows 10 Lock screen ads. The ads were actually looking pretty, like screensaver ads for Windows or Xbox games, and even for some apps in the Windows store. However, everyone isn’t alike, some were disturbed to see the ads on their Lock screens. Unsurprisingly, people started complaining, making use of their Twitter handles and FB profiles. They were making a call, for a way to make them stop.

Perhaps, this kind of ads can help to figure out the exciting features of the Windows 10 much further. But for those who are whining, it has shrewdly disturbed their user experience. Thankfully, there is a solution to remove those nagging Windows 10 Lock screen ads. Yes, we’ll explain just what’s going on here and you have to walk through our steps, to stop them appearing.

How to Ditch the Windows 10 Lock Screen Ads?

Firstly, we have to understand the roots, of these ads. On the lock screen, Windows 10, displays these advertisements, via the Windows Spotlight feature. Have you noticed it? Windows Spotlight is the one that used to display the cool wallpapers at the Lock screen.

The ads began to sneak in right here, for games like Rise of the Tomb Raider and Quantum Break. Some users were also been complaining about the “Minions” movie ad, which often appeared on their lock screens. But really, the ads were good to look at, take a glimpse of it.

Even though they look cool, they’re still an ad. Thus, Microsoft began running an unexpected advertisement, directly on the lock screen on the Windows 10 devices, catching all the users in surprise, with their marketing. To turn off them, simply do the following steps.

Start by logging into your Windows 10 PC, and open Start menu and click on the icon for Settings. If you are having troubles to find out, just type “settings” into your search bar.​ 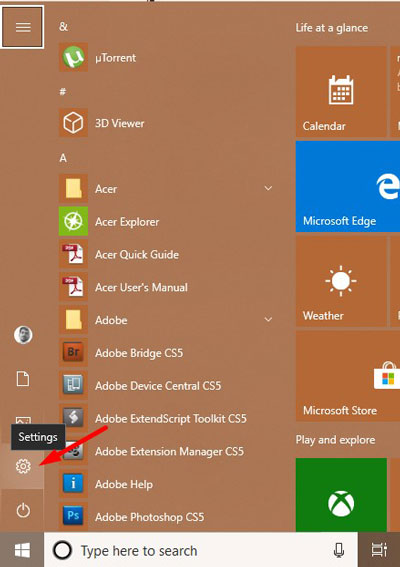 Once getting into the Settings, select Personalisation. 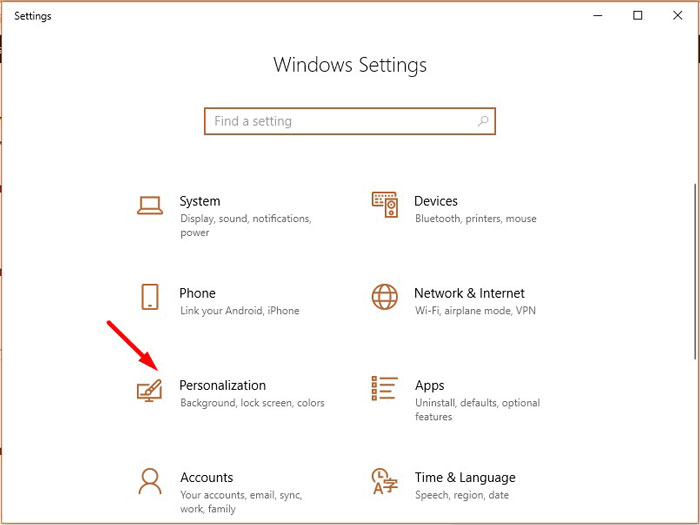 Here you may find the numerous options listed out, and from those options choose Lock Screen. Now, the screen would show you, how your Lock Screen looks like. Further, it will give you several choices of background pictures like Windows Spotlight, Picture, and Slideshow. 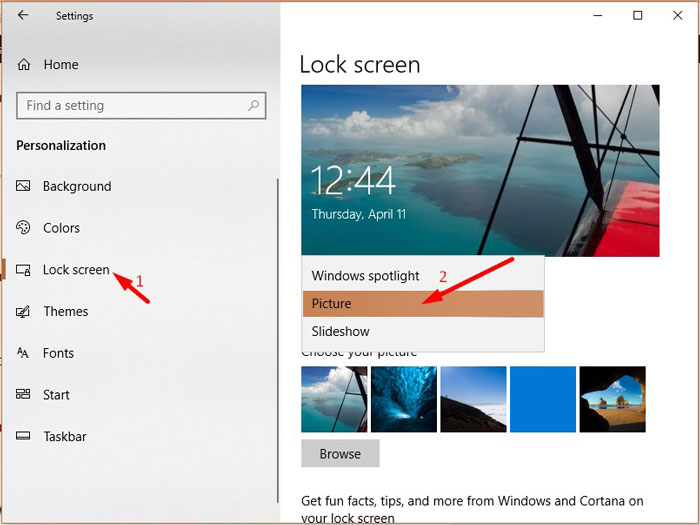 After switching to Picture or Slideshow, you will find thumbnails of a slew of pictures to choose as Lock screen wallpaper, and even an option to browse more images. Well, below this you can see a small section, reading “Get fun facts, tips, tricks and more from Windows and Cortana on your lock screen”. 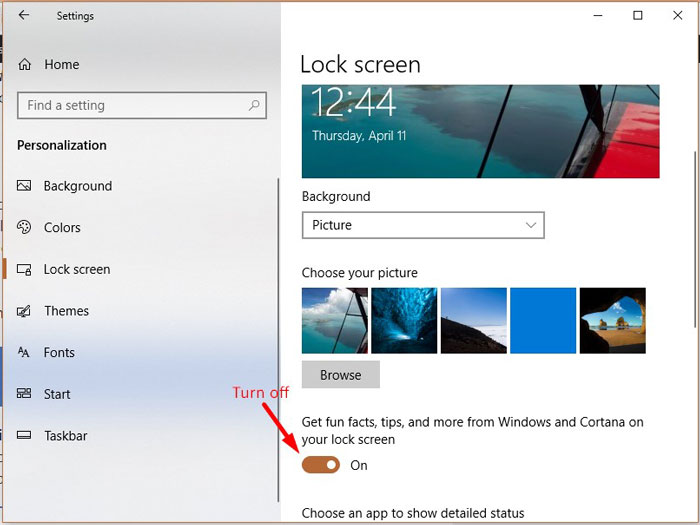 Now, you have to turn it off, in order to prevent the occurrence of the infuriating ads. Otherwise, Microsoft would again start kicking off, with some more ads, if the Spotlight is turned on back again. Use the toggle switch to turn off.