FAT32 and NTFS are the two most widely used file systems on the planet. Both were pioneered by Microsoft, but are now the standard that computers and other electronic equipment use. They are interchangeable and here’s how to convert FAT32 to NTFS without losing data.

Though FAT32 is the older of these two, it still has greater support — at least as far as hardware is concerned. What this means is that while most of the world has moved to NTFS, a need may still arise where you have to deal with FAT32.

If you want to learn how to convert between the FAT32 and NTFS formats, safely and easily, without data loss, then you are at the right place.

Differences between FAT32 and NTFS

Just a refresher that a file system is what organizes the stored information on an electronic device. It is used to organize the files on a computer, and keep media neatly ordered on smartphones, cameras, and media players.

FAT stands for File Allocation Table, and was introduced all the way back in 1977 as a computer file system architecture. FAT32 is its most popular variant, but you also have a bunch of other implementations like FAT12, FAT16, ExFAT and FAT+ that served different purposes.

NTFS, meanwhile, is the abbreviated form New Technology File System, which Microsoft unveiled as a proprietary journaling file system for its Windows NT 3.1 operating system in July 1993. It brought along several technical improvements over the older file systems. 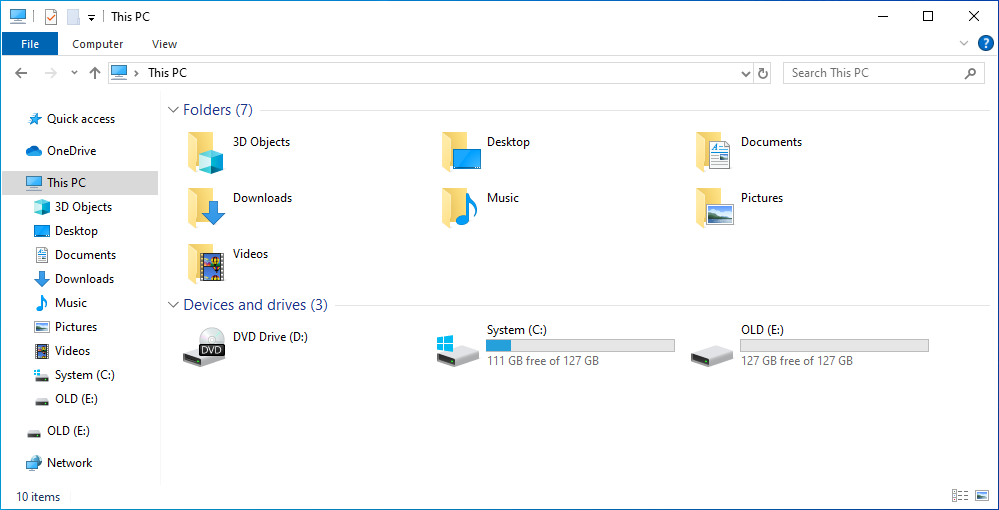 You probably already are aware of the limitations of FAT32 when compared against NTFS. 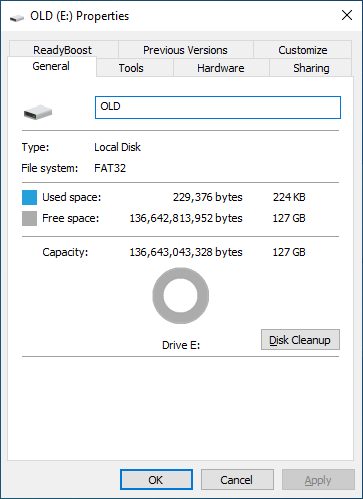 Although FAT32 had served well for decades, continuous developments in the computing field meant that there was a need of a modern system of storing the humongous amounts of data that was being generated and used on new devices.

The need for FAT32

Most of us now prefer NTFS due to its unmatched reliability, performance, data transfer speed, security and overall feature set. But there are cases where you need to deal with the FAT32 format — mostly when dealing with older hardware, software or operating systems.

Most external devices like flash drives, pen drives, and other USB mass storage media come out the box with this format. Gaming consoles like PlayStation 3 and Xbox 360 only play along with FAT32. Furthermore, the NTFS format is not recognized on systems like Android and even Windows ME.

How to Clone Drives in Windows 10

Luckily, converting between the two file formats is an easy and painless process — with no data loss involved. Microsoft has even packed in a handy little utility in Windows that makes quick work of converting a FAT or FAT32 drive to NTFS. 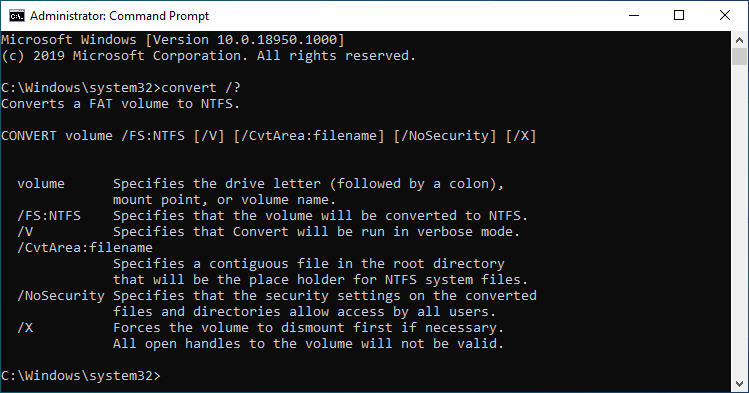 If you have a hard drive or partition that runs on the FAT format, (either FAT32 or an even older version of the system), then you can easily convert it to NFTS without losing any of your data, files or programs with this command that comes built into Windows.

The whole process is effortless, and no special software is needed to accomplish this.

Before you get started, make sure that you are aware of the drive letter of the drive or partition that you want to convert to this newer system. If necessary, type diskmgmt.msc in the Run dialog to open the Disk Management applet. 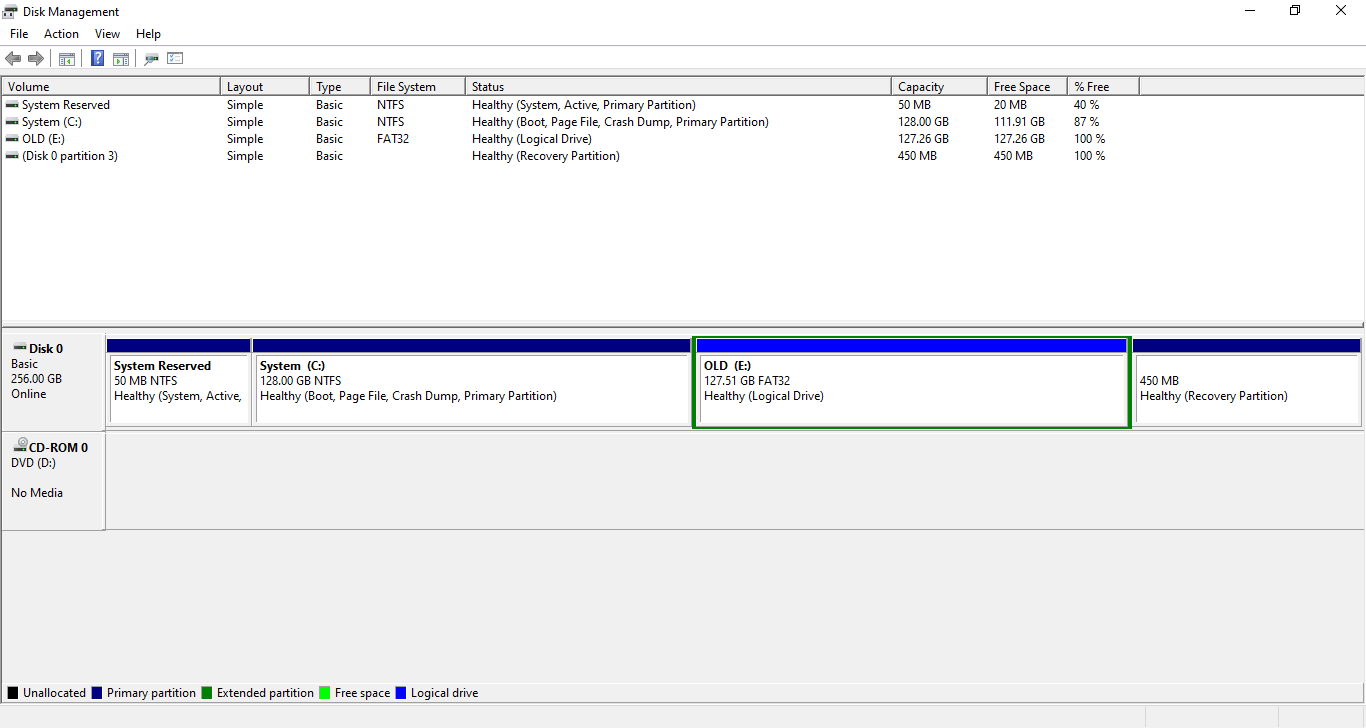 This is the drive letter that you will be using, so confirm and double confirm.

Also, it is a good idea to check the disk or drive for errors before you begin the conversion process, so that these issues don’t manifest on your NTFS converted drive. Use the chkdsk command to do this, or use any drive management utility that you have installed to check your particular drive for any errors.

Now, time to get down with the conversion process:

The process will take anywhere from a few seconds to a minute. And once the conversion is complete, you will see a message in the command window confirming that it was executed successfully. You will also get the details of the disk space in bytes, which you can use to confirm.

Simply check the properties of your converted drive after right-clicking and selecting Properties.

This command works on all versions of Windows that are in use — Windows XP, Windows Vista, Windows 7, Windows 8, Windows 8.1, and Windows 10. It can also be used to convert FAT16 disks to the NTFS format without any data loss.

While the processing converting to a modern system like NTFS could not be easier, the reverse sadly is not true. Since you are basically downgrading to FAT32, the only way around this is to format the drive directly from Windows.

You may need to do this when you want to connect a USB with data to a gaming console, or prepare a storage card for use in a digital camera. 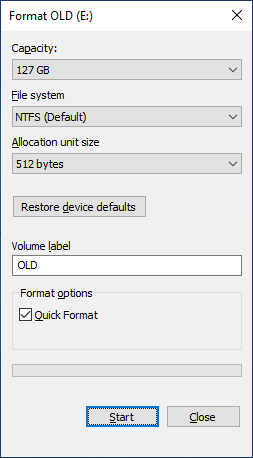 To get started, first clear the drive, and move all your data to a safe location. Then format it directly from Windows. This involves going to This PC, right-clicking the drive or partition in question, and selecting the Format option.

This will open a small window, and you can proceed as needed to convert your drive to the NTFS format.

How to Remove Write Protection from USB on Windows 10

Thing is, Windows does not recognize RAW, and considers it an incorrect file format system.

What this means is that you cannot truly get access to a RAW drive, not unless you get it repaired first. The process of converting RAW format to NTFS file system without losing data will likely result in errors, and the reason for this is because when a partition becomes inaccessible its file system shows up as RAW in Disk Management.

It is, as a matter of fact, the result of a damaged or corrupted file system. And the only way to access these files is by properly formatting the RAW system before the OS can access it. Opening it directly in Windows will serve you an error message.

This is a common data loss issue.

The common causes are when you remove an external storage device from your computer without clicking the “Safely Remove Hardware and Eject Media” option, or when your PC suffers from a sudden power failure while the system is reading or writing data to the drive. Bad sectors may also be the reason, as is a partition using a file system that is not supported by the Windows system.

But the good news is that you can effectively use a file recovery program to retrieve these files. Once the files are recovered, you can format them back into the NTFS file system normally.

How to Delete EFI Partition from USB in Windows 10

Converting a FAT32 partition or drive to the NTFS format could not be easier, thanks to the built-in utility in Windows that makes easy work of the process. Although there are tools available that assist with this, you don’t need a third-party software for this task.

All this is done without any data loss in the process, so you are up and running in no time.