Ever yearn for the good old days of yesteryears? Security was critical back then too, but computing was much simpler. Now you have to tangle with the constant threat of malware attacks.

Good thing then, that Windows 10 tightens up the security aspect with each major new version. Protection against ransomware has been a particular focus for Microsoft lately, with the company rolling out new features designed to combat this rising menace.

Windows Security now comes with a feature called Controlled Folder Access, which is designed to protect your data against ransomware and other dangerous forms of malware.

Though proficient, but it is not a perfect feature. It has a tendency to block a trusted application every now and then. And though detection has improved lately, you still may have to bring out your wrench and fix things in case of a false positive.

This short guide shows you how you can do that.

Controlled Folder Access is a new intrusion prevention feature, part of the Windows Defender Exploit Guard. Microsoft brought it to Windows 10 with the Fall Creators Update, offering it primarily as a solution against ransomware.

When on, it prevents ransomware from hijacking your data. The idea being to stop this type of threat in its track, and prevent it from encrypting and taking your files hostage. Speaking of, Controlled Folder Access can also shelter your files from unwanted changes from other malicious programs.

The feature intelligently tracks applications that try to change files in your protected folders. It does this by keeping an eye on their executable files, scripts and DLLs. If it detects shady activity or malicious attempts, Controlled Folder Access will block the attempt in real-time. You will get a notification of the suspicious activity.

It’s a neat way to add an extra layer of protection for keeping your data safe.

The only caveat being that the feature is not perfect. Controlled Folder Access has a tendency to block a trusted application every now and then.

To ease this problem, Microsoft added a new option in the newly released Windows 10 October 2018 Update to get around these false positives. With this welcome addition, you can quickly allow a recently blocked application to run, without the need to disable the security feature.

The feature is smart enough to detect which applications can safely access your files. However, you may need to manually allow an app you trust if it falls through the net. You can also add an allowed app that you trust from the panel so that you don’t get any warnings.

Windows Security uses the Controlled Folder Access to continuously protect your files and folders from unauthorized access by malicious programs like ransomware. This new option became available on Windows 10 with the October 2018 Update, also known as Version 1809.

Follow the steps below to whitelist apps you trust that are recently blocked by Controlled Folder Access. 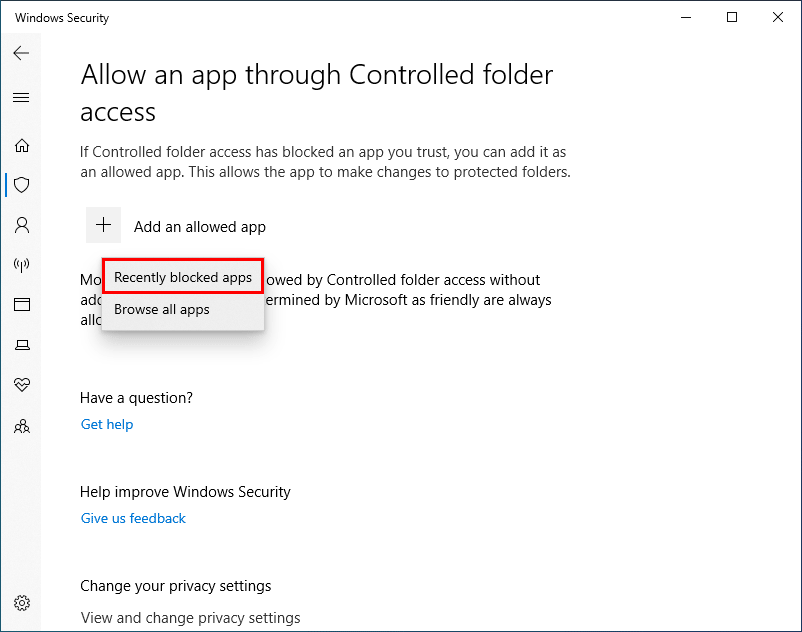 Completing these steps will ensure that Controlled Folder Access will no longer try to block the app. If you made a mistake, you can always remove a particular application from here to block it again.

By default, this feature guard your Documents, Pictures, Videos, Music, Desktop and Favorites folders. And although it is not possible to alter this list, you can add a new drive or folder path manually so that Controlled Folder Access monitors these new locations too.

You will also find the option to allow an all through Controlled Folder Access here.

Things sure were a little rough back when Windows Security was known as Windows Defender Security Center. Microsoft has not only improved detection with the latest version of Windows, but also added this handy new option to quickly whitelist applications that you know are safe.

This is an excellent feature for that added peace of mind in this day and age where ransomware threats loom large.