Asking all the right questions! Microsoft has done a fine job bringing the stylish looking Light mode in Windows 10, alongside the fantastic Dark mode that has been a fan favorite in the OS for quite some time.

The operating system supports easy switching between both these light and dark themes.

That said, while you can seamlessly make the switch from the Settings panel, you may have noticed that there is no option to set modes based on the time of the day. This option is, sadly, missing from Windows 10, even though it would been ideal.

What Is Windows 10 Black Edition? Is it Real?

But fret not, for there is a way to get around this and automatically switch between the Light and Dark modes in the operating system, depending on your clock.

Read on to learn how.

The Light side, and the Dark

Microsoft introduced the dark theme as the result of some sustained public demand. The functionality, already present on the Windows Phone platform, allowed users a choice between the light and dark styles along with an accent color to customize the look of their phones.

Didn’t take long for users to ask for similar functionality in Windows itself, and Microsoft promptly obliged in Windows 10.

It allowed users to switch to a dark look, first for the OS elements and then gradually to the applications. With the recent inclusion of the light look, the OS now supports switching between the two.

This is how the two styles look: 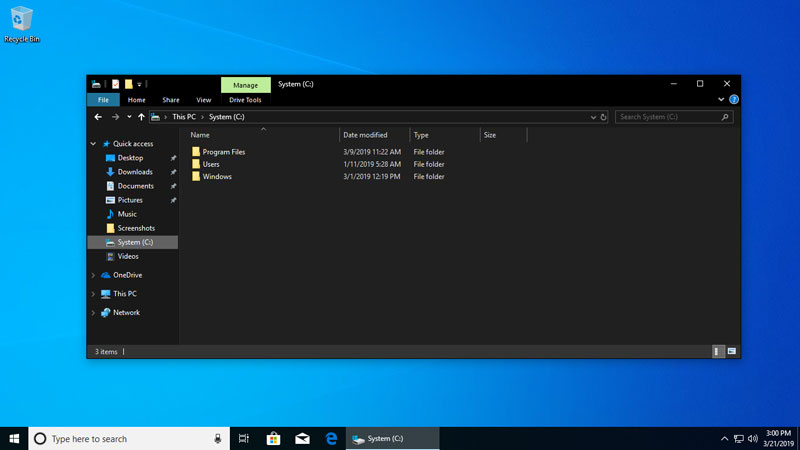 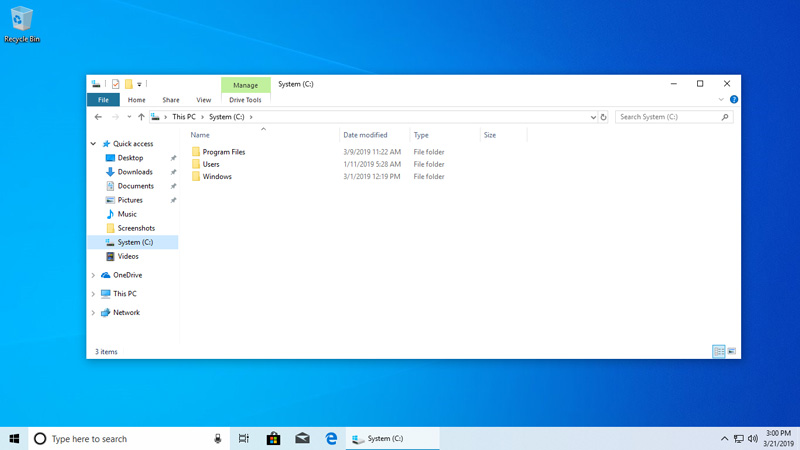 The company continues to refine this feature in Windows 10 in the more recent versions of the operating system.

Third-party developers also followed suit, updating their applications to switch to the dark look when it was enabled in the operating system. And apps like File Explorer and programs like Firefox and Chrome now offer a dark, black style when you enable it.

How to Choose a Mode

All you have to do to change your OS look, is open Settings, then going to Colors under Personalization and choosing your default app mode. It is also possible to go for a blend of the two if you want, mix and match your way.

However, there is no built-in option to alternate between the looks during certain hours.

You know, like Night light, that comes with scheduling options whereby you can specify when the blue light filter turns on automatically when the sun sets, and turns off in the morning.

How to setup Night Light in Windows 10 Creators Update 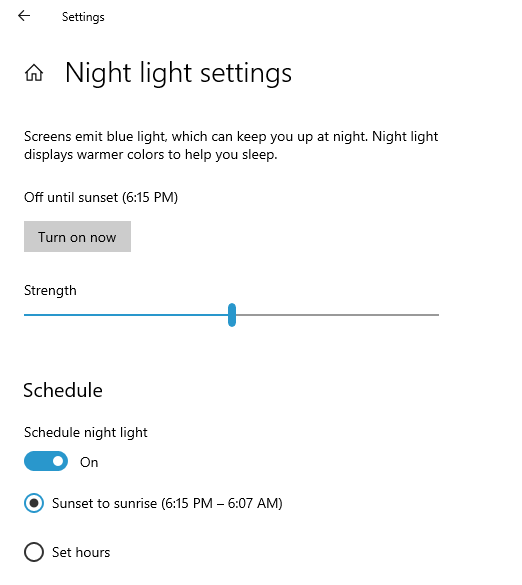 This is a neat way to change the color warmth of your display, and prevent eyestrain for those of you that look at your screens for an extended period of time. Particularly, during the long hours of the night, where reducing blue light exposure helps your health.

How hard would developing something similar for the two themes be, you ask?

But luckily, a developer has stepped up the game. And put together a very simple application that Windows 10 users can use to apply the dark and light themes based on the time of the day. This free program offers a no-nonsense way of accomplishing this.

How to Auto Switch Modes

Auto Dark Mode is a free and open source software for Windows 10 that enables computers to automatically toggle between light and dark themes based on the time during the day. This application uses the good old Task Schedular to transition between the two looks.

You can grab it from GitHub here.

When you download it, you may receive a notification from Google Chrome or your antivirus software warning you against downloading this software. Windows Defender may also display a SmartScreen window as security prompt warning you.

But these are just precautionary messages, nothing to worry about. Click along to run this program, it is completely safe.

Opening the application shows you a small mini window with a handful of options. 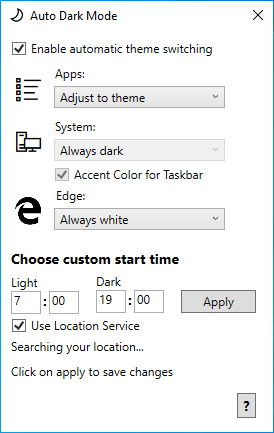 You get a simply designed interface that lets you make changes to your liking. Helpful icons guide you through the process, and you also get options to adjust accent color, and let the Microsoft Edge browser adjust to your chosen theme.

So, for example, if you want the light theme to kick in at 7 in the morning you can, while asking the OS to transition to the dark look at 7 in the evening. And if you want to change the hours again, run the program and punch in the new hours.

You can also choose if only apps should change their theme, or both the system and the apps.

The program is lightweight and does not run in the background continuously, as it uses the Task Scheduler to toggle between the two looks automatically. Meaning, there is no background application that runs all the time, sitting in your System Tray, and wasting system resources.

It’s one and done!

Useful as the application is, it continues to get better. Recent updates to Auto Dark Mode let it use your location data to switch between the two modes automatically. This toggles between the two themes based on sunrise and sunset, using location services.

You can also pin it as an icon on Taskbar, and right-click to switch between the current themes.

Newer versions of the application have really refined things with an improved UI. Not only can you choose minutes now for your schedule times, the theme switches instantly when your PC wakes up. The developer also plans to launch it on the Microsoft Store, and work on this is already well underway. 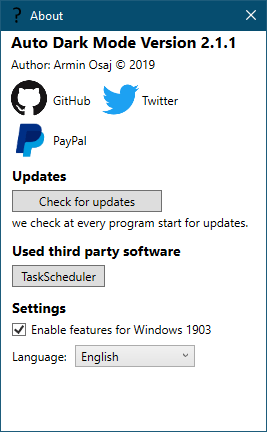 While an option to automate all this functionality in the OS itself would have been cooler, the good thing is that a solution like this exists.

And besides, even macOS Mojave, which similarly brought support for a dark mode on the Apple platform, does not come with automatic options. There is a similar app out there called NightOwl that offers this functionality.

The fact that this is an open source program, and one that is actively developed also bodes well for Auto Dark Mode. It will continue to work for newer versions of Windows 10 that Microsoft releases, and will only get stronger with the planned updates that are in line for arrival.

Microsoft is aggressively pushing to make the Windows 10 user interface better with each update. To that end, the choice between Light and Dark themes is present for users to opt for, according to their liking, and completely change the look of the operating system.

A program like Auto Dark Mode simply levels up your UI.