Windows 10 has introduced a new Audio Mixer. To be honest, it’s not what I actually expected. Windows 10 is a shiny, sleek operating system that has thousands of awesome apps and features. But this one seemed a bit out of the picture. The new Audio mixer is pretty bad and won’t let you change volume according to your wish.

That’s sad actually. But don’t worry you can always switch to other Audio Mixers if this is just not for you. There are tons of replacements for Audio Mixer in Windows 10 but which ones are the best? Do you want to know? Let’s find out!

Volume2 is first on the list because it offers some advanced features which others don’t. It’s my personal favorite!

The features include 30+ skins which can be masked on the default Windows 10 Audio Mixer. Oh, there’s something else! An On-Screen Display (OSD) feature is also available which will show you an on-screen volume change visual when the volume levels are being adjusted. So cool, right? 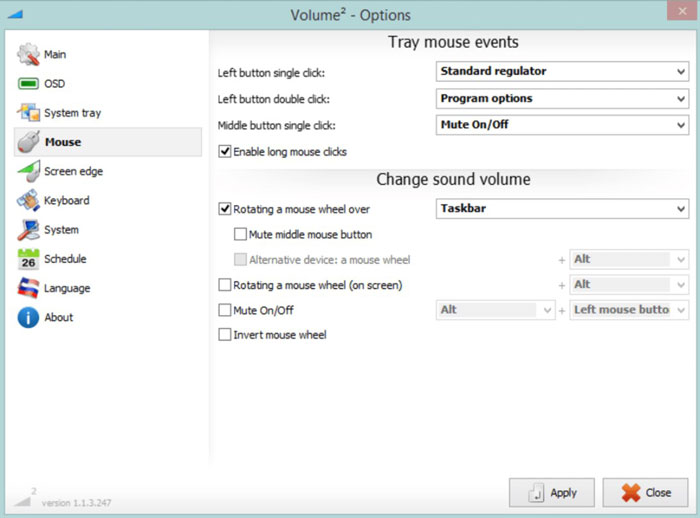 There are also other notable features of Volume2:

The installation is quite easy and straightforward, so you don’t have to worry about any extra hassle. Though there is no main application window, you’ll get a configuration panel that allows you to control all aspects of the application along with the volume changing tasks that should be carried out.

Once it’s installed in the system, it will be waiting for your command. So it could be your best replacement of Audio Mixer for Windows 10.

Volumouse is also another perfect match for your Windows 10. The basic idea behind it is quite simple: You just have to spin the mouse wheel while holding down certain keys or mouse buttons, and interesting things will happen.

This may not seem like a new thing. I mean we all know that holding down Ctrl or Shift while scrolling the wheel is a pretty common command but Volumouse takes this concept and stretches it to its logical extremes.

Yes, it does. It will let you hold any key while scrolling the mouse wheel and make different changes to the Audio system.

But there are some rules that contain four basic fields:

3RVX is another awesome replacement for Audio Mixer in Windows 10. It’s an on screen display tool for Windows 10 that is full of many exciting skins that you can easily add to your Windows Audio Control. 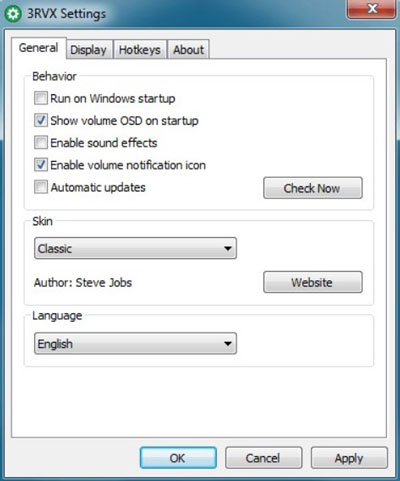 There could be times where it is absolutely fine to play music at full volume on your computer. But there are also times when you need to lower down the volume level like during office hours or in the middle of the night. 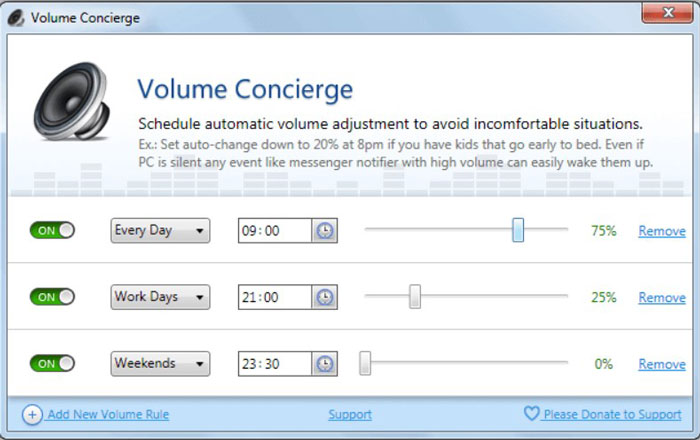 So, Rather than having to remember to do this manually, you can turn to Volume Concierge to automatically adjust the volume of your computer based on the time of day.

Last but not the least, EarTrumpet is a super simple app that you easily download for free from the Windows 10 Store. It gives you an instant taskbar icon with additional audio controls that, seriously, should be baked into Windows directly. 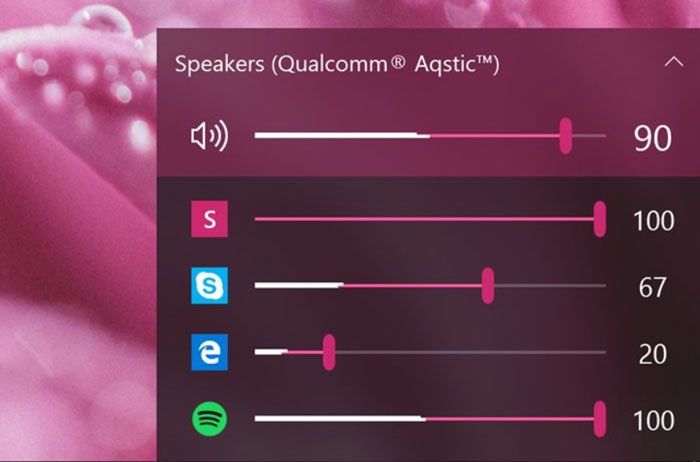 So, these were the best 5 replacements Audio Mixer in Windows 10. So, if you think that the original mixer just won’t do, then you can always choose between these that will give you the best experience ever.